Cyber Monday UK: Here’s a List of all the Best PS4 and Xbox One Bundle and Video Game Deals

Black Friday has come and gone, but that doesn’t mean you are being deprived of those super awesome latest console bundles and video game deals that hit the market last week. If you planned on getting the a PlayStation 4 or Xbox One for this Christmas but missed out on the recent Black Friday deals, you need not to worry as there are still plenty of enticing video game deals up for grabs on this Cyber Monday in the UK. Before you go on choosing any deal available on the internet right now, take a look at all the best PlayStation 4 and Xbox One Cyber Monday UK 2014 deals, for you might find a more suitable bundle. 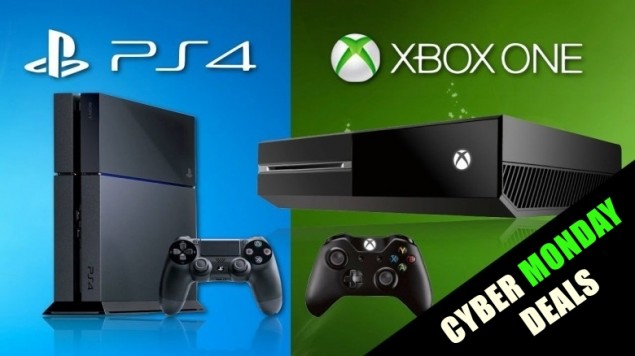 The awesome deals that have been all around the web for past couple of days don’t just end here. Cyber Monday, actually a marketing term stamped to the first Monday that comes after Black Friday, is here, and this year, we have a whole bunch of value-focused, alluring PlayStation 4 and Xbox One console bundles and video game deals awaiting to be availed online. Well-known online retailers such as Argos, Amazon, and Gamestop, are offering cheap console bundles as well as discounted video game titles, so if you are planning to jump in on the next-gen action, now is apparently the best time to do so.

Here's a list of all the best Cyber Monday UK PlayStation 4 and Xbox One bundle and video game deals available online right now, courtesy of TechRadar. This list will be updated throughout the whole of Cyber Monday with more best deals and bargains. Don't wait long enough to grab your share as prices can be subjected to change and stuff can go out of stock.

Read: All the Best PlayStation 4 and Xbox One Black Friday Deals