When it comes to saving big bucks and bagging great deals, there isn’t a day better than Black Friday. Last year, Sony and Microsoft had just launched their eighth generation video game consoles and there wasn’t much to save on them but this Thanksgiving season, first-party stores as well as several other online retailers are offering some great value-focused bundle deals on the latest consoles. So to save you time and make it easy for you, we have gathered all the PS4 Black Friday deals that you can avail this year. Check them out below. 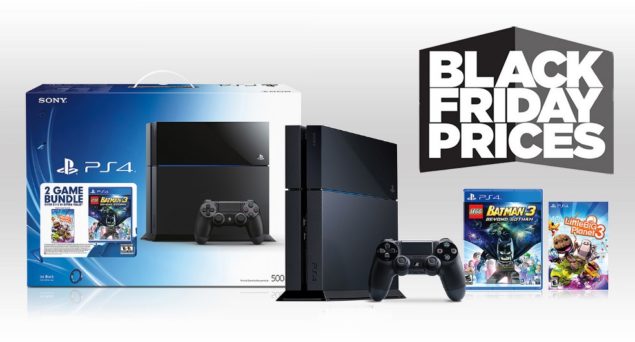 Best time of the year to go out shopping is here, and most of the well-known retailers have already announced their big deals and discounts on the latest technology items including the eighth generation PS4 and Xbox One consoles and the latest video game titles available on the systems. While some deals are already up for grabs, best ones will roll out on the upcoming Black Friday. Unlike last year, this time you will be able to shop great first as well as third-party PS4 console bundles on low rates and get the supported software on discounted prices.

Here is a list of confirmed PS4 Black Friday deals which you can avail online as well as in brick and mortar retail stores. Keep checking back as we will be updating this page with latest PS4 deals as they become available.

Read: Here's a List of All Xbox One Black Friday 2014 Bundle and Video Game Deals