Following $50 price cut for standard and special edition PS4 console bundles in North America, and recent $70 price drop in Australia, Sony has now officially dropped the price of its eighth generation video game console in the UK and Europe. Standard 500GB PS4 console now has a recommended retail price of £299.99 in the United Kingdom and €349.99 across rest of Europe. 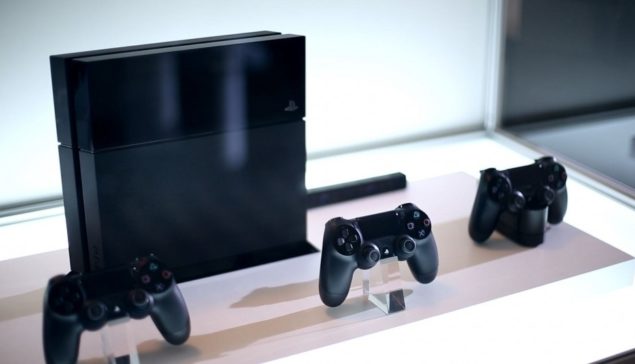 After announcing a new RRP of AUD $480, down from AUD $550, for PS4 console in Australia, Sony has finally dropped the price of the console in the UK and other European territories. This comes as part of a worldwide price cut which has been slowly rolling out since a Japanese price cut was announced at Sony's Tokyo Game Show press conference. The new RRP for the console in Australia and North American regions was announced before this. A 500GB PS4 console will now cost you £299.99, down from £350, in the United Kingdom, saving you £50.

“We are delighted to deliver the PS4 system at its best-ever value just in time for the holiday season, making it more accessible to a broader audience in Europe,” said Sony Computer Entertainment Europe president and CEO Jim Ryan in a press release. "Since the launch of PS4 our aim has always been to provide players with the best gaming experiences at the best value, and we’ve been thrilled with the amount of players who have joined our world.” Says Sony.

“With this year’s biggest blockbusters and next year’s best exclusives such as Uncharted 4: A Thief’s End set to thrill players, there has never been a better time to join the PS4 community. Also, watch out for an amazing range of Ultimate Player Edition Bundles including the 1TB PS4 and some of the biggest games of the year, offering even greater value.”

The price cut has only just been announced by the Japanese platform holder, but Amazon is already listing the 500GB PS4 model for £284.99 and the 1TB model for £290.00. Although the orders are not being fulfilled by Amazon itself, so the prices may change with time. GAME is also offering the recently released Uncharted: The Nathan Drake Collection PS4 bundle along with free older titles including Killzone: Shadow Fall and LittleBigPlanet 3 for £299.00.

If you are someone who is thinking about purchasing a PS4 console now that the price cut has been announced, I would suggest you hold on for just a little longer. Black Friday is next month on 27th, and you’ll be able to start bagging all the awesome deals a week or so before the date. More so, Cyber Monday will also see further price drops and attractive bundle deals for the PS4 and Xbox One consoles. By this point, this year’s most anticipated third party games will have been released, and you might even be able to bag them for discounted price with the consoles.