Sony Officially Cuts PS4 Price By $ 50.00, But Not So Much For Blacks Ops III Bundle 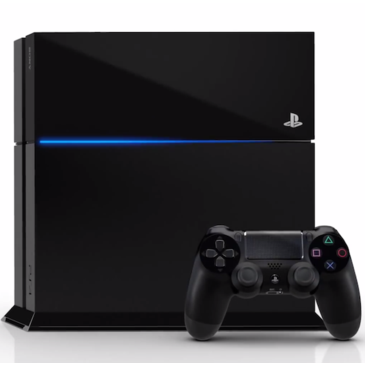 Starting tomorrow, the PS4 will be offered at a starting price of $ 349.99 / $ 429.99 (Canada). The drop applies to all recently announced bundles, but strangely enough not all bundles have been deducted with $ 50.00 - In the US the price of the  Limited Edition Blacks Ops III bundle has only been lowered with $ 20.00. I've reached out to Sony on this matter.

The price-drop has only been announced for the US and Canada at the moment. Hopefully Europe and other regions will follow suit. Over the past few months, Sony has announced a great number of special PS4 bundles, including the limited edition Black Ops III 1TB bundle, the Star Wars Battlefront bundle and the Nathan Drake Collection bundle.

The official Playstation blog has made a snapshot available of the new prices for the current PS4 hardware bundles. 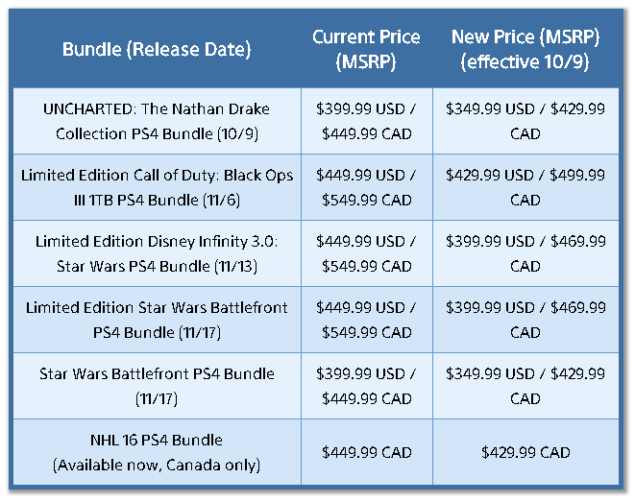 Through the price drop, Sony is probably looking to increase sales the coming holidays. Although the PS4 has been selling extremely well over the past year, Sony's 1st party line-up is a little thin this year. Even Sony's Yoshida called the PS4 sales "ironic in a sense".

According to Sony, their goal at Playstation  has always been to provide the best gameplay experiences at the best value, and they feel the new compelling price will open the doors to even more gamers that have yet to purchase a system.