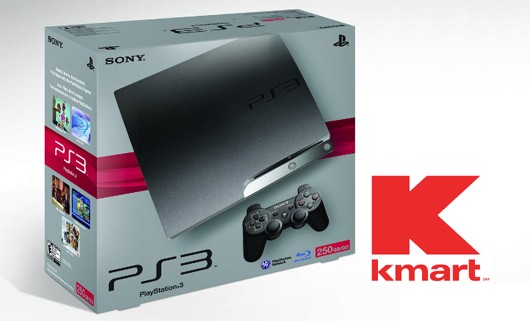 Kmart just released the PS3 250GB Bundle for $300, that means $50 less than market price. The price is pretty neat, and since it is quite affordable, let's see what else can be bought in $300.

Of course, there are a lot of choices out there in $300, but Hey! Which one of those lets you play Uncharted 2: Among Thieves?!

Whether the price is low or high, the PS3 250GB model has been now introduced into the market with a reasonable pricetag and so if you decide to go PS3 hunting, do consider this 250GB model available at Kmart!