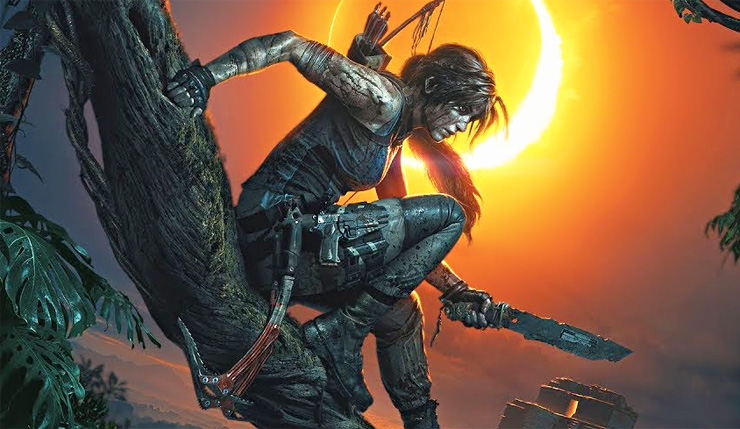 Lara Croft may have ditched her exclusive relationship with Xbox, but Microsoft still got to debut an impressive new look at Shadow of the Tomb Raider at their Xbox E3 2018 Briefing. The trailer a bit more upbeat than the gritty cinematic debut trailer we got earlier this year, featuring more action, adventure, colorful locales, and lots of water. Being able to swim underwater is one of SotTR’s key features, so we see Lara being washed away in a raging river, exploring a sunken vehicle, fighting enemies in a swamp, and other damp activities. Check it out, below.

Shadow of the Tomb Raider is being developed by Eidos Montreal in collaboration with the series’ previous developers Crystal Dynamics and will be the last chapter in the trilogy begun in 2013 with the Tomb Raider reboot. Here’s the game’s official description: