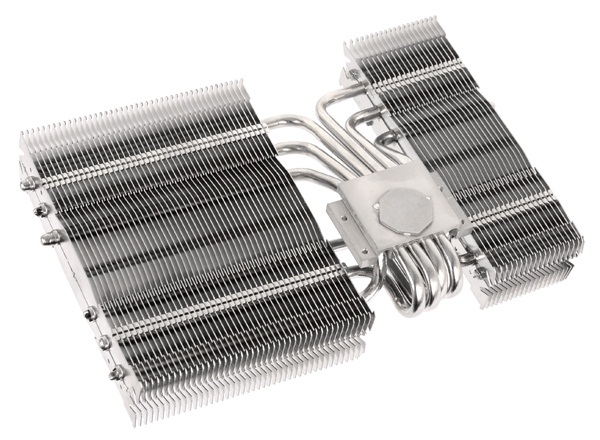 Prolimatech's revision of the MK-26 heatsink for the Radeon HD 7970 GPU has been exposed which would be known as the MK-26 Pro. Just like the older version, MK-26 Pro is compatible with the AMD Tahiti core based graphic cards.

The MK-26 is equipped with a large Nickel plated heatsink consisting of 64 fins. The heatsink boasts six 6mm heatpipes on both sides of the heatsinks running through the base plate. The overall heat transfer area of the heatsink is ​​4670cm2 compared to the 3500cm2 of the MK-26.The heatsink weighs 590g which is 60g more than the weight of MK-26 and dimensions measure at 230x146x47mm.

The heatsink has a thickness of 0.5mm which is achieved using the Buckle Fin technology. MK-26 can accommodate dual 12/14cm fans at the top. No words on pricing or availability have been revealed. 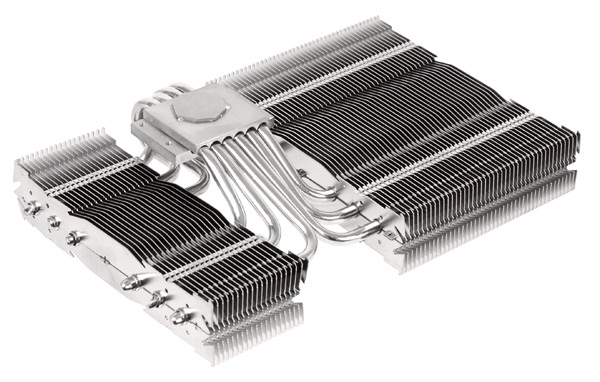 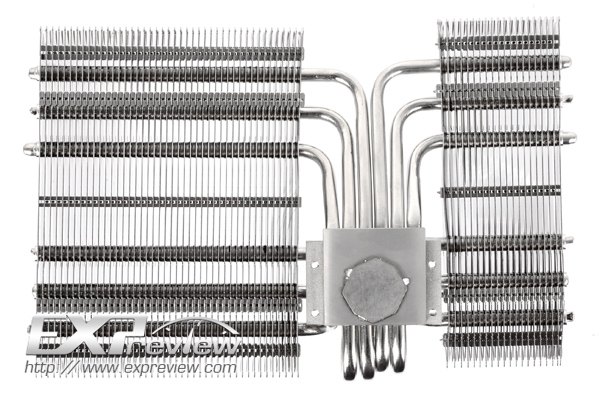 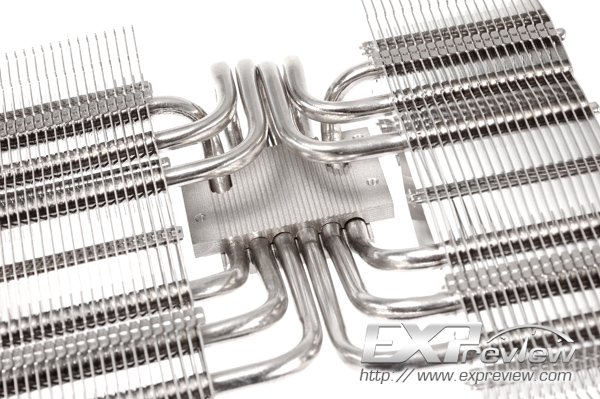 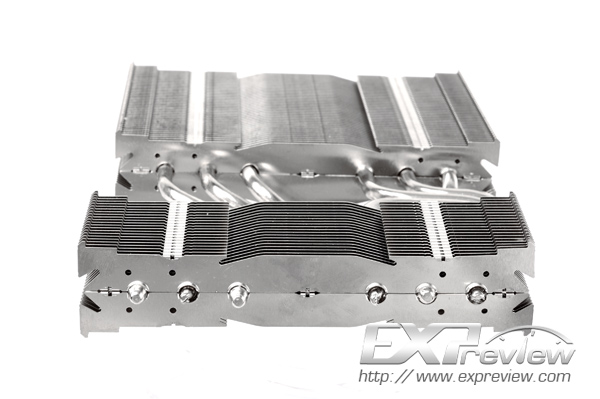 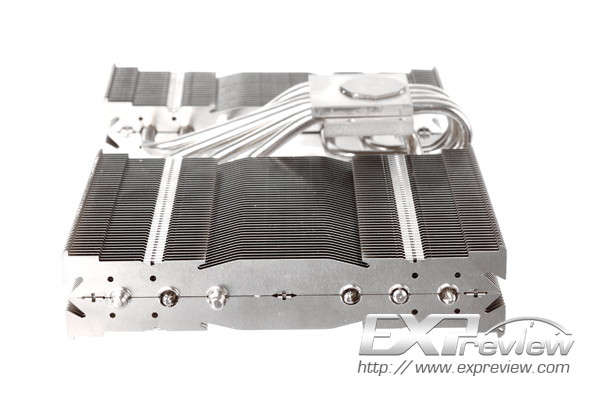 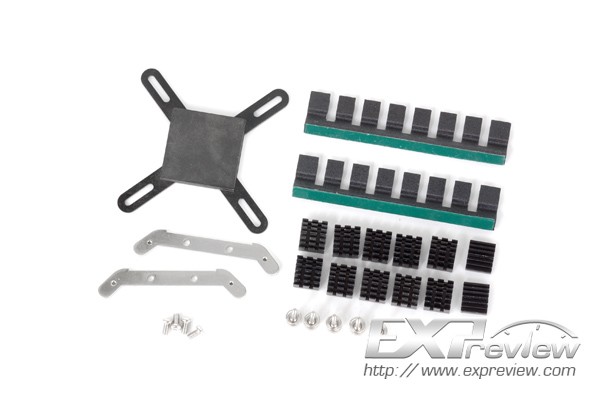 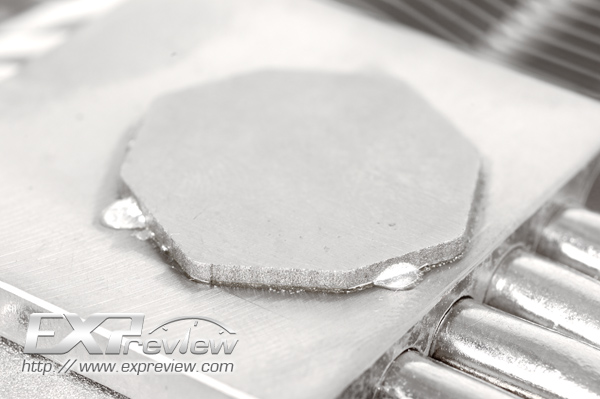