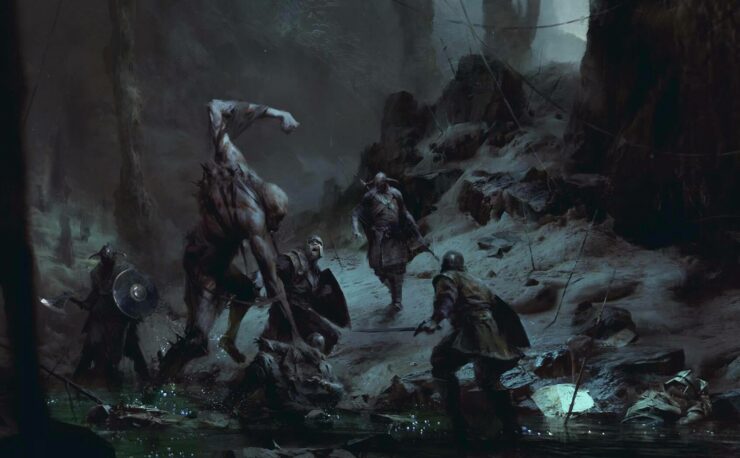 Powered by Unity 5, Project Wight is a peculiar game to say the least. Set in a world where Vikings and monsters exist, it will let you play as the monster instead. According to Cousins, it's about seeing the world from the view of the hunted rather than that of the hunter for once.

Apparently, amidst various inspirations like monster movies, surrealist poetry and heavy metal album covers there's also the novel Grendel which tells part of the Beowulf poem from the perspective of the antagonist.

Little is known about the game. During the early part of the demonstration, players take on the role of a young monster who isn't at full strength and must thus rely on stealth to get the better of his Viking foes. Afterwards, the developers on stage jumped ahead in time when the monster became adolescent and thus much stronger.

The developers noted how the Unity engine was instrumental in building up this vertical slice.

We wouldn't have been able to push the visual level up so fast in another engine. The speed at which we were able to work in the grey box environment, and throw in assets from the Asset Store, and integrate AI frameworks so that we didn't have to write a whole bunch of AI ourselves was incredible.

From the looks of it Project Wight isn't going to be released anytime soon, but it's definitely worth keeping an eye on with its unique perspective. Stay tuned on Wccftech to get all the latest on this interesting indie project.