Former Battlefield developers David Goldfarb and Benjamin Cousins announced earlier today on twitter that they have started a new game development studio. The studios is named as 'The Outsiders' which happens to be an interesting name actually but we'll leave that to later. News rumored is that the studio is working on a PC role-playing game. The Outsiders does have a website but it offers little information regarding developments on the new game and mainly just posts link to the twitter accounts of its CEOs, although it does present some concept art which cannot as of yet be linked to the game. 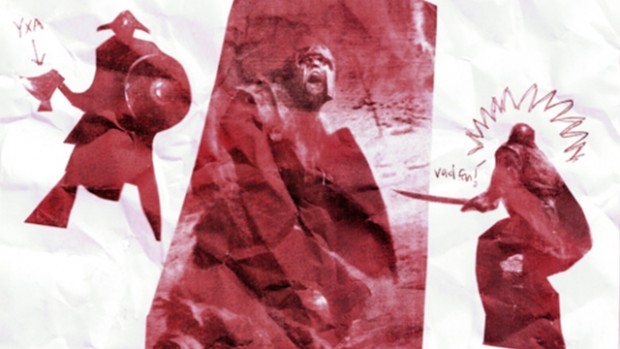 The Developers are Senior DICE 'Operatives'

"I'm starting a new studio. It's called The Outsiders," stated Goldfarb on his twitter page earlier today. "My old friend and colleague @BenjaminCousins is co-founding it with me."

I'm starting a new studio. It's called the Outsiders. My old friend and colleague @BenjaminCousins is co-founding it with me.

In an Interview with Gamesindustry, Goldfarb outlined some of the studios main plans and principles. He explained how the difference between AAA titles and indie titles was ridiculous in his eyes."I do think there's a spot between the $200 million dollar AAA games and the $1 million indie games that is not being adequately explored," he explained. "To me that's a really rich field to plow and you can do awesome stuff there.

He added: "There's a lot of mid-tier games getting made right now that are succeeding on Steam, in that $3-$8 million range. If you look at the Paradox stuff, those guys are killing it. Those aren't like super expensive games but they're doing very well. There's room in the market to make those types of games that aren't crazy fidelity, 8,000 person teams but they have a style and quality and they're something you can return to over and over because of the gameplay. To me, I'm happy to do that."

However, the new RPG game concept was picked up from an Interview he gave to Eurogamer, where he said that he liked RPGs and would alternate ways to make them interesting. "I've loved RPGs all my life and have been shoehorning elements of them into games I've made over the years with lesser or more success," he said. "I'm interested in systemic story stuff. I know Ken [Levine] has recently been talking about this. I have another way I want to try and do it. But I think it won't be a game of cut scenes."