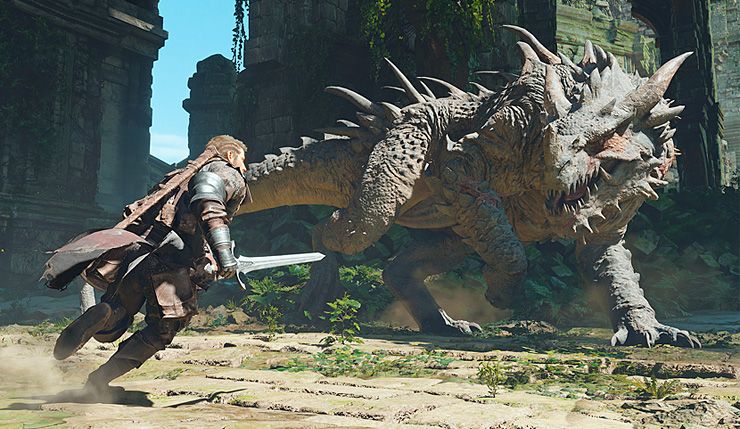 Tokyo Game Show 2018 kicks off later this month, but the usual array of pre-show announcements and trailers have already begun to drop. One of the most impressive games being showcased is Project Awakening, a new medieval Monster-Hunter-style RPG from CyGames. You can check out a new trailer, below.

Looking very promising! Again, the game is obviously taking notes from Monster Hunter, but if this trailer is actually reflective how the final game will play, it looks like Project Awakening will be a touch faster and more intense than Capcom’s franchise. The versatility of the dragon, which we see seamlessly climbing up and over complex scenery, is certainly impressive. Meanwhile, the end of the trailer teases players may also be facing some sort of giant humanoid enemies. Perhaps the game has a bit of Attack on Titan DNA in it, as well?

Here’s a bit more about Project Awakening, courtesy of CyGames:

Project Awakening is an all-new action RPG featuring cutting edge graphics and a high fantasy setting. As part of the company’s ongoing drive to deliver the very best in entertainment, Cygames has assembled a development dream team to create the game, boasting extensive experience across a variety of much-loved videogame hits. Under the accomplished direction of Junji Tago (Director) and Ryosuke Aiba (Art Director), the team is hard at work on a title that aims to bring a fresh approach to the world of fantasy RPGs. Be sure to stay tuned for future updates.

What do you think? Does Project Awakening pique your interest? CyGames is mostly known for mobile games, so that’s a bit of a concern, but it looks like they’re pouring some serious resources into this one. Personally, I’m ready to kill me some big, bad beasties.

So far, Project Awakening has only been announced for PS4. The game doesn’t have a release date yet.