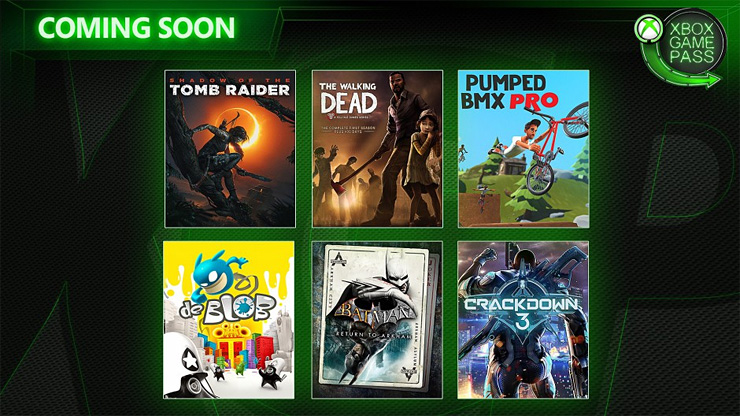 Private Division, the label created by Take-Two specifically to publish high-quality games from independent developers, is expected to publish its first two games this year. These will be Ancestors: The Humankind Odyssey by Panache Digital (founded by Assassin's Creed creator Patrice Desilets) and The Outer Worlds by Obsidian Entertainment, which however has since been acquired by Microsoft.

In an interview published on MCVUK, Private Division head Michael Worosz discussed specifically Microsoft's acquisitions in 2018, which were clearly geared towards the same kind of middle-sized studios that Private Division is partnering with. According to Worosz, Microsoft will have to prove ongoing Xbox Game Pass growth to be able to do additional acquisitions of this kind and even then not every independent studio will want to be under their control.

Right now it seems clear that Microsoft is trying to accrue value to their Game Pass value proposition, by having uniquely available content there. I think that makes sense to a degree, I think they’re going to have to demonstrate Game Pass’s growth over time to be able to continue to do acquisitions like this, and if it does work for them, then I can see them doing more acquisitions to build out exclusive content.

Certain developers want to to be independent for that reason, they’ve worked at larger companies and want to be able to control their own destiny to a larger degree, they want more creative freedom. Having a larger corporate parent, particularly one with a trillion dollar market cap like Microsoft, sometimes gets in the way.

Elsewhere in the interview, it was revealed that there are additional unannounced studios Private Division is working with, with numerous unannounced projects also on the way. That's on top of Project Wight by The Outsiders and the sci-fi first-person shooter game in development at V1 Interactive (founded by Marcus Lehto, co-creator of Halo), since both of these were mentioned already on the unveiling of Private Division.