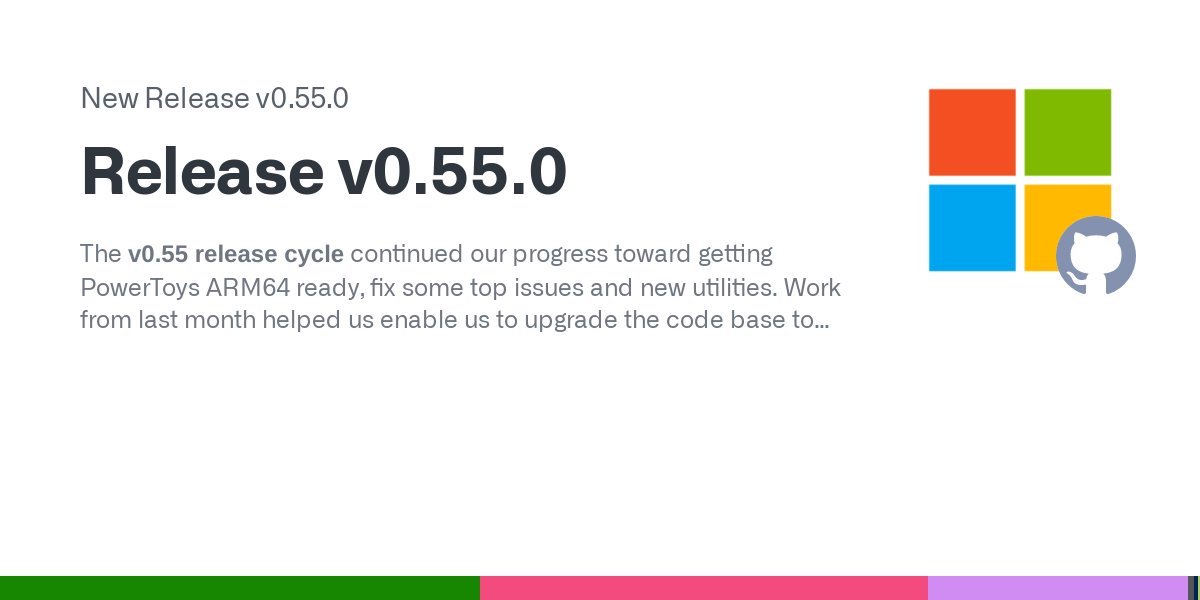 "The v0.55 release cycle continued our progress toward getting PowerToys ARM64 ready, fix some top issues and new utilities," the team writes. "Work from last month helped us enable us to upgrade the code base to .NET 5 and next month onward to .NET 6."

For more details and downloads, head over to GitHub.