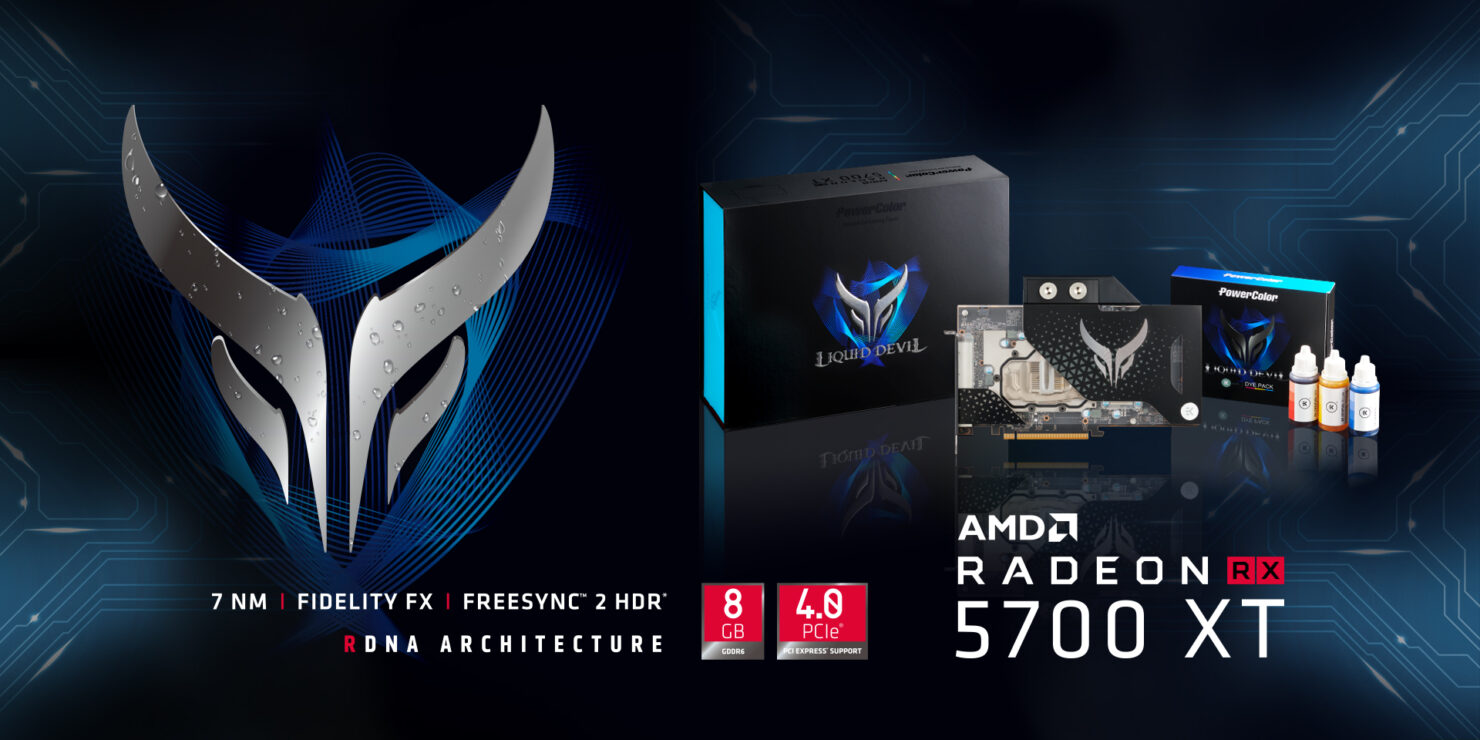 While we got to see a teaser of the card last week, today, PowerColor is officially unveiling the card to the public. Right off the bat, we can tell that the Liquid Devil is one stunning look card with the fastest performance that AMD's Navi 10 GPU can offer. The card features a full cover EK based water block (EK-FX RX 5700) and PowerColor has redesigned it with their own logos and design choices.

The water block on the Radeon RX 5700 XT Liquid Devil covers the entire PCB and provides cooling to the GPU, VRAM, and VRM/MOSFETs. It comes with a nickel-plated copper base that effectively dissipates heat from the components, keeping your graphics card running smooth and silent. The water block also has RGB LEDs embedded beneath it so that the can flash through the acrylic built of the water block, offering a nice lighting display that you can fully customize.

Talking about the GPU now, the Radeon RX 5700 XT Navi 10 GPUs for the Liquid Devil are specially selected and binned for higher clock speed and lower temperatures. It's like the silicon lottery but for GPUs. Each GPU is then featured on a fully custom-designed PCB which makes use of a 12 layer design and offers a 10 phase VRM design with DrMOS and high-polymer capacitors which can sustain up to 300W of power.

The clock speeds on the card are just as impressive as the design itself. Featuring a peak clock of 2070 MHz which can be unleashed through the Unleash BIOS profile on the card. There are two modes on the card which can be toggled through a BIOS switch. One is Unleash which offers the max 2070 MHz clock speed while the other is the OC profile which delivers stable OC performance. There's a backplate too and the RX 5700 XT Red Devil would make use of dual 8-pin connectors to power up. As for display connectors, we are looking at three Display Port and a single HDMI port.

There are also dyes added to the main package which include red, blue and yellow color to customize the liquid color on the graphics card. Other accessories in the PowerColor Radeon RX 5700 XT Liquid Devil package would include removable plugs and a 7mm Allen key. The card is expected to hit retail stores on 25th November for a price of 599$ /599€ / 569£ (via Videocardz).