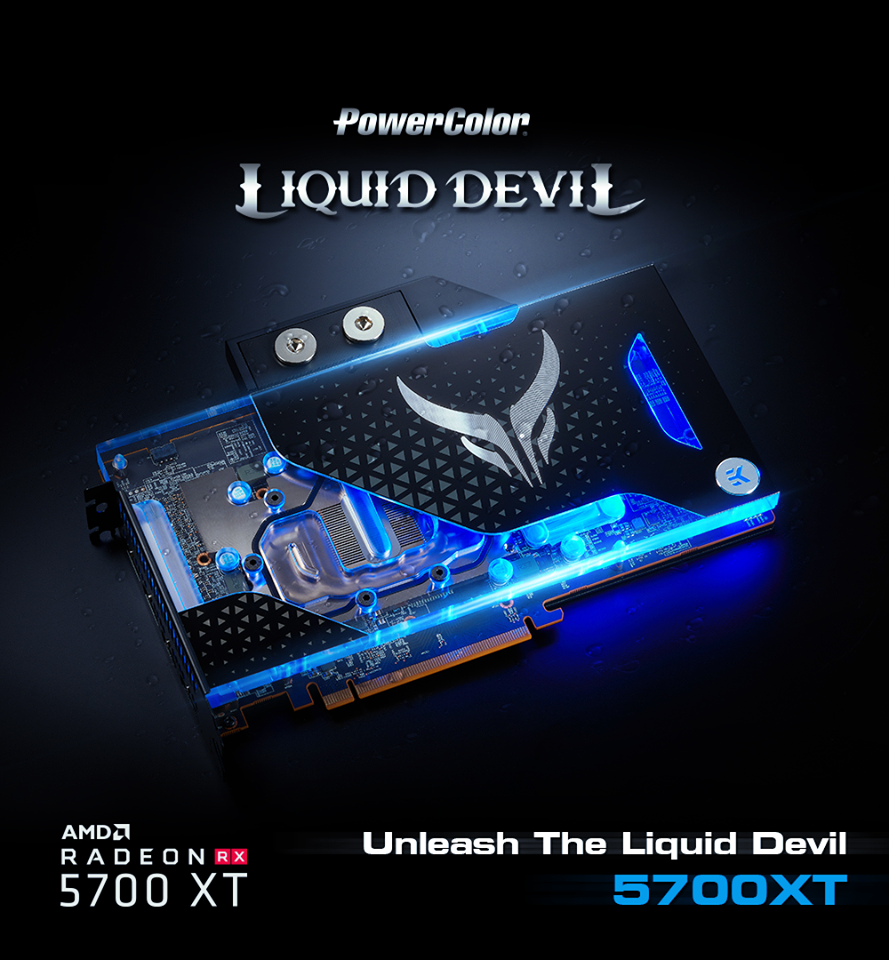 PowerColor has unveiled its stunning Radeon RX 5700 XT Liquid Devil graphics card which they are calling the world's fastest Navi. The latest graphics card will be taking full use of liquid cooling on a custom PCB design to deliver the fastest clock speeds we have seen yet on the Navi 10 based GPU.

The card has been unveiled by PowerColor over at their Facebook page. According to the hashtags used by PowerColor, the Radeon RX 5700 XT Liquid Devil would be the fastest Navi based graphics card and there's only one way of achieving that, by putting out the fastest clocks in the market. As for the card itself, we are looking at 2560 stream processors along with 8 GB of GDDR6 memory.

The clock speeds are not yet reported but the card launches on 19th November, next week. So we will be giving you the exact information and more details on the launch day. The card makes use of a custom full-cover water block that features GPU, VRAM, and MOSFET cooling. The entire card is surrounded by RGB LEDs which gives off a nice and premium feel. The water block features a black colored cover that shows off the PowerColor logo. The block itself is of a nickel-plated design that offers more direct cooling to the GPU. Tech of Tomorrow has a nice unboxing video of the card which you can see below:

There's a backplate too and the RX 5700 XT Red Devil would make use of dual 8-pin connectors to power up. As for display connectors, we are looking at three Display Port and a single HDMI port. There's a BIOS switch on the card with two modes, Unleash and OC. There are also dyes added to the main package which include red, blue and yellow color to customize the liquid color on the graphics card. Videocardz managed to get some shots of the graphics card from the video above which you can see below:

For those interested in getting one would have to wait till the 19th of November and expect to pay a hefty premium for this top-tier custom design for Navi 10 based Radeon RX 5700 XT graphics card.