First up, we have the PowerColor Radeon RX 6800 XT Red Devil Limited Edition graphics card. This graphics card is going to be PowerColor's top of the line offering and feature a triple-fan and triple-slot cooling design. Each fan on the card features a total of nine fan blades which direct air towards the internal heatsink assembly. The card itself features a brand new design aesthetic on the shroud which has large LED bars that lead towards the rear end, giving a more devilish look to this card. 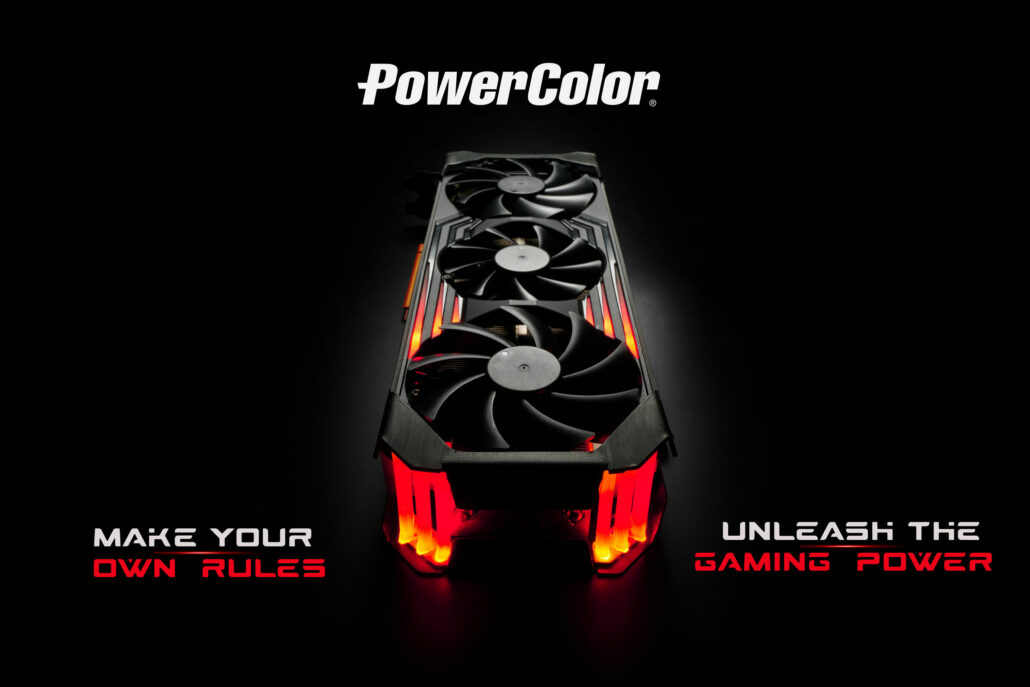 PowerColor has also hinted that a Liquid-cooled variant in the future might be possible though we can't say for sure right now. As for the Red Devil, the graphics card is expected to launch about a week or two after the Radeon RX 6800 series launch so pricing and specifications would be posted later on.

Patience will always pay off 😉

The ASRock Radeon RX 6800 XT Taichi is an evolution of the first Taichi model we got to see on the Radeon RX 5700 XT Taichi graphics card. The card retains its triple-fan cooling solution and comes with a 2.5 slot form factor design. At the front, we can spot three fans with 11 fan blades each. The fan in the middle is slightly smaller which is due to the spiral RGB design that engulfs it entirely. The fans have Taichi logos in the middle and the whole industrial look of the card is very nice.

On the back of the card, ASRock's Radeon RX 6800 XT Taichi sports a full cover backplate with a dual-tone (brushed aluminum / matte black) color scheme. The card features the Taichi logo on the back which lits up with ASRock's Polychrome RGB feature. On the back, we can also spot a few very interesting features such as the dual BIOS modes which include P BIOS (Performance) and Q BIOS (Quiet). The card also lets users disable the LEDs through a switch on the back. ASRock will be using 70A Dr.MOS MOSFETS and premium 90A Power Chokes on its Taichi series. 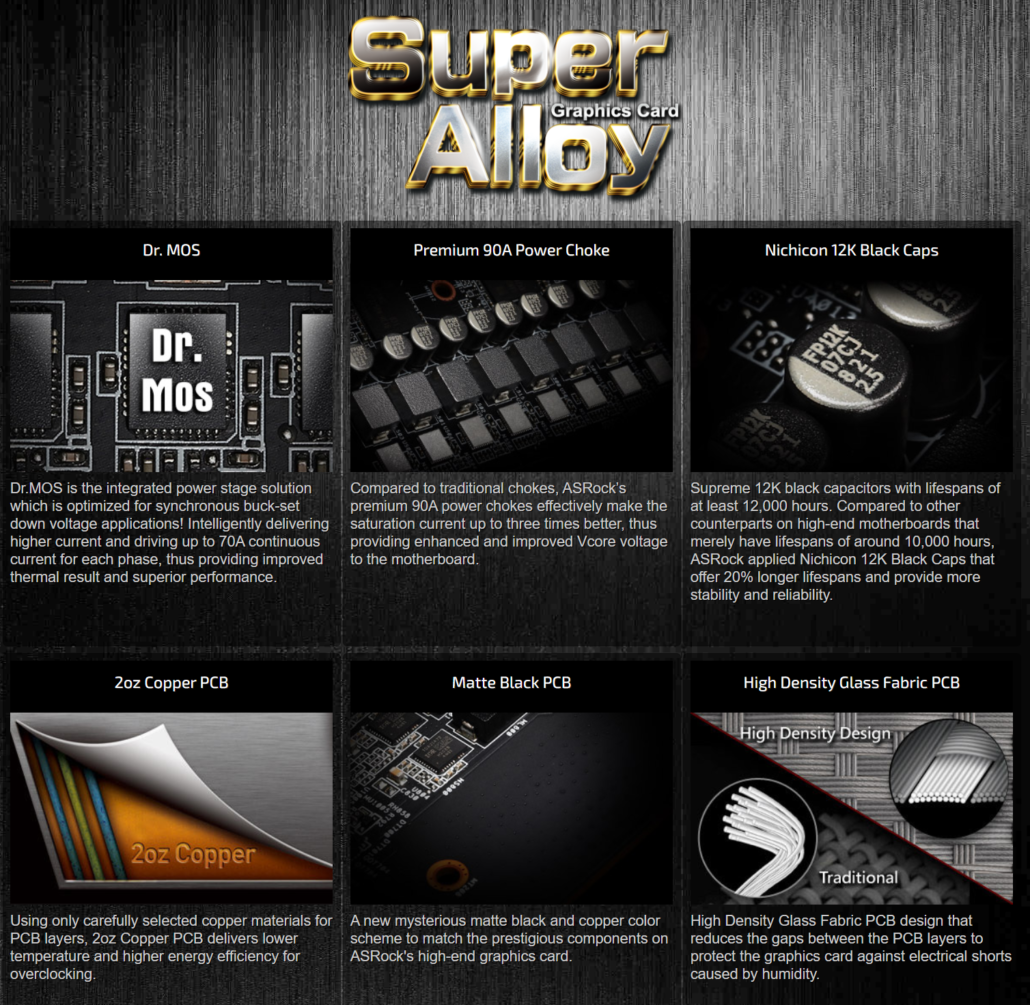 In terms of power, it looks like ASRock is going all out with a triple 8-pin connector configuration so we can expect the PCB and factory overclock to be mighty insane on this variant. Display outputs on the card include two DP, 1 HDMI, and a single USB Type-C port.

The ASRock Radeon RX 6800 Phantom Gaming graphics cards come with the back and silver livery that is known of the PG design along with red accents. The card has an abundance of Polychrome SYNC RGB effects around the middle fan and the sides of the shroud. The difference between both cards is the width. The RX 6800 XT makes use of a wider and longer PCB compared to the RX 6800 Phantom Gaming which sticks to a standard PCB design but features a wider cooler and backplate.

On the Radeon RX 6800 XT Phantom Gaming, you get a full coverage backplate with LED On/Off switches and a triple 8-pin connector configuration while for the Radeon RX 6800 PG, ASRock has included a backplate that only covers up till have the length of the third fan. This is to vent out the air from the back of the card.

You can also spot that ASRock is using a massive aluminum heatsink that features 6 heat pipes. Power is provided through a dual 8-pin connector configuration. Both cards feature a Stripe-Axial fan design with a total of 11 fan blades. There's also a reinforced metal frame to add extra durability to the PCB.

Finally, we have the ASRock Radeon RX 6800 Challenger Pro graphics card which is a fairly standard custom design that looks kind of similar to Gigabyte's WindForce & Gaming series graphics cards. It comes with a triple-fan and 2.5 slot design, a similar heatsink as the RX 6800 PG, and slight use of RGB LEDs towards the side of the shroud. The card is powered by a dual 8-pin power connector config too.

ASRock has included a backplate that only covers up till have the length of the third fan. This is to vent out the air from the back of the card. There's no word yet on the pricing and availability of the ASRock Radeon RX 6800 series graphics cards but they are reportedly going to launch around a week or two after the official launch tomorrow.