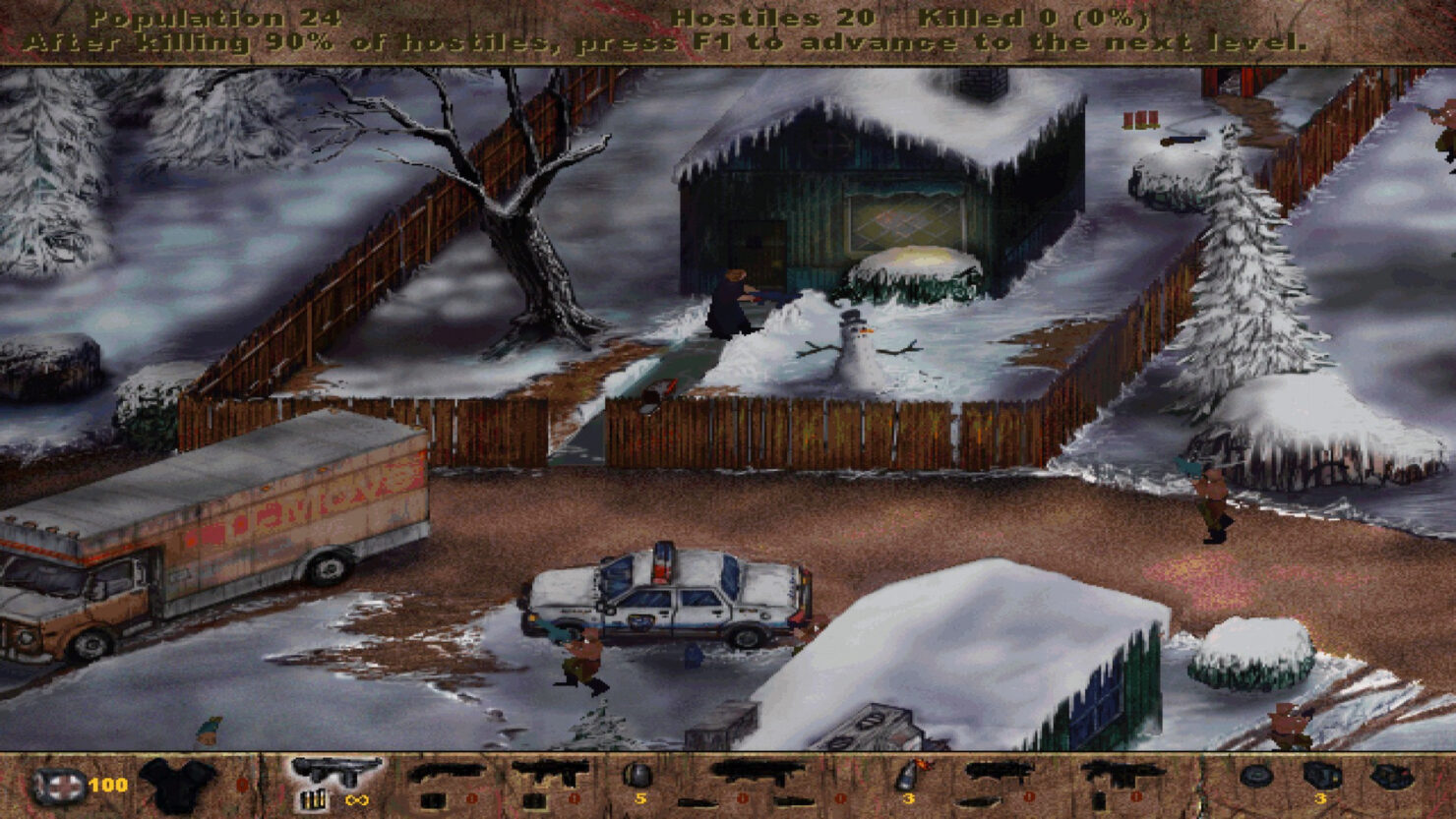 It's time to go Postal. Developer Running With Scissors has made the original game open source. Almost 20 years ago, the isometric shooter made headlines with its ultraviolent gameplay that garnered the attention of politicians and parents groups worldwide.

Last year, Running With Scissors released Postal Redux on PlayStation 4 and PC which included a brand new 'Rampage Mode' that rewards players for chaining together as many kills as possible.

By releasing the open source code to the public, the developer is excited to see what the loyal community can come up with. They even joked about how fans can finally get that Dreamcast port they always wanted.

Everyone now has 'under the hood' access, to see what makes POSTAL tick, and anyone with the time and skills can now tweak/change/update/modify anything in the game at all! And hey, if anyone feels the urge to port the game to other platforms (The Dreamcast, for example *wink* *wink*), then they absolutely can!

You can pick up the Postal 1 Open Source code right here if you're interested in tinkering around with the code. In a press release, the developer reflected back on last 20 years of Postal:

It's been a long and eventful couple of decades, full of change and advancement, but there is one thing that has always remained constant - our continued support and updates for our baby. Thanks to the dedicated hard-workers in our team, the loving support of our fans and even the efforts by our detractors, POSTAL has seen a lot of activity during these many years - an expansion pack, a lawsuit by the Postal Service, an exclusive Japanese edition, bans in 14 countries across the world, re-released special editions, sequels, digital re-releases, an Android port, new updates with twin-stick controls, a novelization and even an enhanced modern remake. Not too shabby for one of "the three worst things in American society", wouldn't you agree?