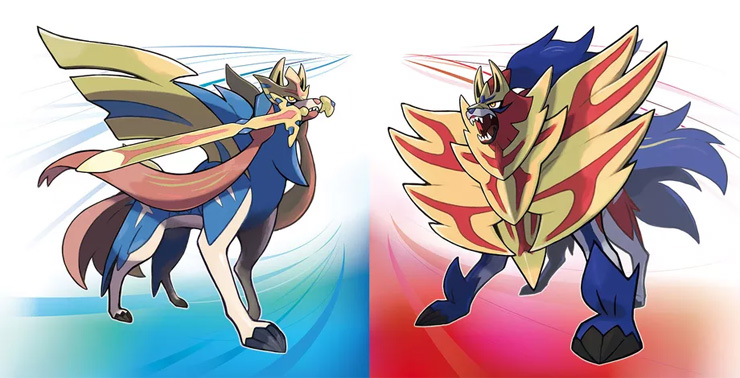 A new Phantom Pokémon will be introduced in Pokémon Sword and Shield alongside a new Max Raid Battle, the Pokémon Company has announced.

To celebrate Pokémon Day on February 27th, the day the first Pokémon games were released in Japan back in 1996, the Pokémon Company will be introducing new content in Pokémon Sword and Pokémon Shield, including a new Max Raid Battle, new information on Pokémon Masters and a brand-new Phantom Pokémon. This new Pokémon will also feature in the upcoming Pokémon movie - Pokémon The Movie Coco.

In addition, new events will also be introduced in Pokémon GO. More information about the events and new Mythical Pokémon, including appearance and name, will be revealed on February 27th.

Pokémon Sword and Pokémon Shield are available globally now for the Nintendo Switch. As covered yesterday, Nintendo managed to sell over 16 million copies of the games since its release back in November of last year.

During your adventure, you will be traveling through the Galar region, where you will find many unique locations, such as huge grassy plains filled with nature and towns and cities where people and Pokémon work and live together!

Another characteristic part of Galarian culture is the way Pokémon battles are regarded as the most popular form of entertainment across the whole region.

Challengers face off against the Gym Leaders in Pokémon battles held in the various stadiums found throughout the region. Whenever there is a battle, these stadiums ring with the passionate cheering of large crowds of fans and spectators.