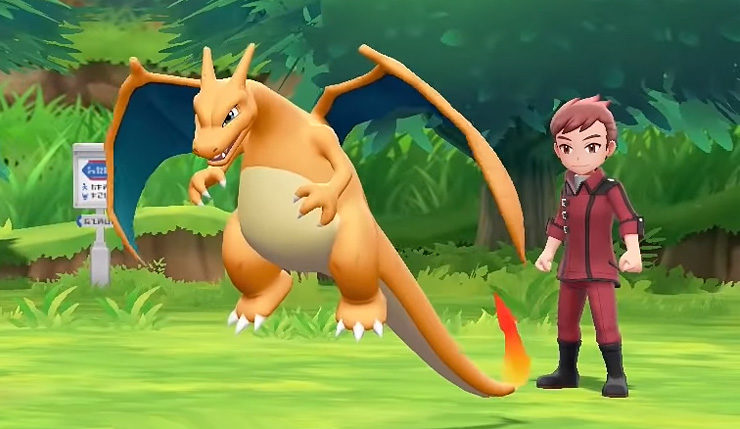 Pokémon: Let’s Go Pikachu and Let’s Go Eevee certainly look charming enough, but a lot of fans are worried, perhaps rightfully, that the games won’t provide enough challenge. Pokémon: Let’s Go has been designed with new players, particularly Pokémon Go fans, in mind, and, as such, some of the complexity of older Pokémon games has been stripped away.

Well, hardcore Pokémon trainers haven’t been entirely left out in the cold. It turns out Pokémon: Let’s Go will have some all-new challenges, including difficult postgame Master Trainers. You can check out a trailer showcasing these Master Trailers, below.

Once you become the Pokémon League Champion, your journey is far from over! You will find new special Trainers scattered throughout the Kanto region. These are the Master Trainers, and each of them is considered the strongest Trainer for a specific Pokémon. That's right—there's a Master Trainer for every Pokémon in the Kanto region! Master Trainers are always thinking about their favorite Pokémon, so you can spot them at a glance. The icon of the Pokémon they favor is displayed above their heads, and the color of their attire is different than other Trainers, too.

Some Master Trainers will have a simple request for you, but most of them will want to battle! The only catch is that they will only battle against the species of Pokémon they love. You'll need to train up each of your Pokémon to take on these tough challengers. Because these Master Trainer battles are true tests of you and your Pokémon's strength, neither you nor the Master Trainer will be able to use items during the match. Best the Master Trainers in battle to earn their title, proving that you're also a master of their favorite species. The titles you've earned can even be displayed in-game during Link Battles so that your friends can admire your skills!

Sounds like a fun extra challenge for the completionists out there! I got a chance to go hands-on with Pokémon: Let’s Go at E3, and came away with mixed feelings. The games are adorable, but the simplified mechanics and new Poke Ball Plus controller might not be for everyone. Check out my full thoughts, right here.