This year is a very important year for the Pokemon series, as the popular franchise celebrates its 20th Anniversary. While a new mainline game has yet to be revealed, Nintendo has already started the celebrations with a New 3DS console bundle. Today, some images of the bundle have surfaced online thanks to some lucky fans who have already managed to get their hands on it. 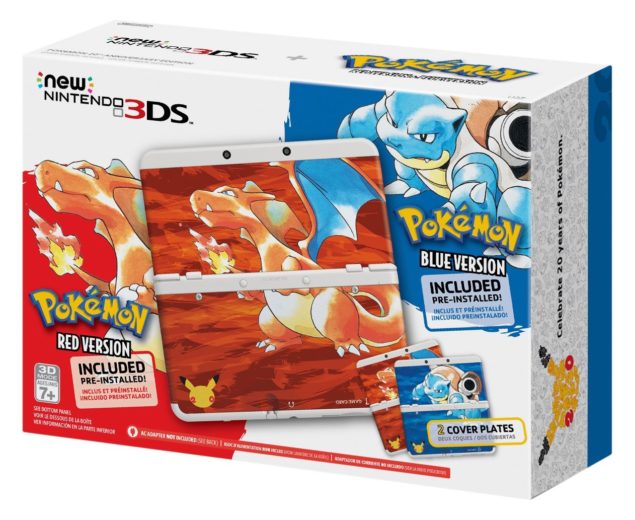 The new Pokemon New 3DS Red / Blue bundle includes a New 3DS console, a Pokemon Red and a Pokemon Blue faceplate and the two classic Pokemon games, Pokemon Red and Pokemon Blue, pre-installed on the console. You can check out the new images provided by reddit user Chroneus and NeoGAF user the3ye right below.

The 20th Anniversary celebrations for the Pokemon series will continue next month with the Wii U release of Pokken Tournament, the fighting game developed in collaboration with Bandai Namco. The game, which plays differently from any other fighting game developed by Bandai Namco, comes with plenty of very interesting features and a roster including some of the most popular Pocket Monsters such as Lucario, Pikachu, Charizard, Mewtwo and others. Other popular Pokemon such as Dragonite and others are also included in the game as Assist Characters. You can check out a recent tutorial video to learn more about Pokken Tournament's mechanics.

A while back, it's been confirmed that Pokken Tournament will come with an online mode featuring rankings and competitions, a single player mode called Single Battle, a multiplayer Local Battle Mode and a LAN mode.