Pokken Tournament, the fighting game based on the Pokemon series directed by Tekken series creator Katsuhiro Harada, is going to debut on Wii U later this year. The home console version will come with some new features that are not available in the arcade version such as extra playable fighters and more. The game's official Japanese website has been updated earlier with some new details on these extra features of the Wii U version. 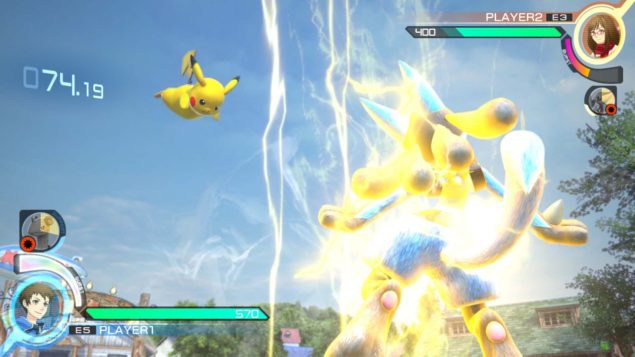 The Pokken Tournament official Japanese website has confirmed that Pokken Tournament Wii U will include a single player mode called Single Battle, complete with three different difficulty levels. The previously revealed Local Battle mode has also been confirmed officially by the website, with one player using the Wii U GamePad and the other one of the many supported controllers. During this mode, the game will run at 30FPS and not at 60FPS.

There is, however, a way to play a Pokken Tournament local multiplayer match at 60 FPS. The game's official website has confirmed that Pokken Tournament will support a LAN mode, obviously requiring two Wii U consoles and a LAN cable.

The Pokken Tournament official website has also confirmed some nice new details on the game's online mode, revealing that the upcoming fighting game will feature rankings and competitions. Not much else has been said about the matter, but this should make those planning to invest time in the game's online mode quite happy.

Pokken Tournament will be released in Japan on March 18th 2016. The game’s North American and European release dates have yet to be confirmed but we will surely hear more about the matter in the near future, so stay tuned for all the latest news.