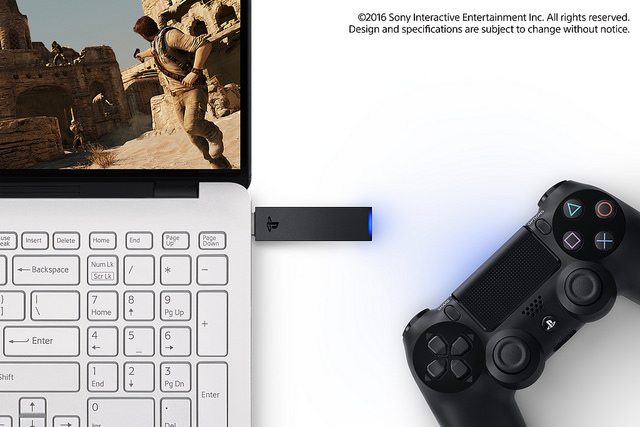 A couple of weeks ago, we reported a rumor from French website Gamekult about PlayStation Now on PC being announced on August 23rd.

This has just been confirmed officially with a blog post. The PlayStation Now app will be available shortly in Europe and then in North America, bringing many PlayStation exclusive games to PC - albeit indirectly - for the very first time.

The streaming service (powered by Gaikai technology) offers subscribers access to over 400 games such as Uncharted, God of War, The Last of Us, Ratchet & Clank and more; you can find the entire list here.

The system requirements to use PlayStation Now on PC are quite low, of course.

Sony also announced a DualShock 4 USB Wireless adaptor, due to be available in early September for a retail price of $24.99. As you would expect, this will allow you to connect a DualShock 4 controller to a PC/Mac wirelessly though of course you can just use the USB cable if you don't really need a wireless connection.

Are you eager to try PlayStation Now on your PC? Tell us in the comments.