Playstation Days of Play is Coming, Deals on VR, Exclusives and More

So, it's no surprise to most that Days of Play is making its return. It's become a bit of a tradition now, with Sony making the most of the E3 silly season, discounting a raft of products, taking advantage of the heightened interest during the season and giving people a good deal on most things PlayStation.

As it stands, Sony hasn't actually revealed how much of a discount certain things will be getting, but we know there will be at least a decent bit of a discount on software and hardware, including VR, Controllers and more. From the images shown so far we know that Days Gone, Marvel's Spider-Man and God of War will feature in the sale, with titles like Uncharted 4, Ratchet & Clank and The Last of Us also being featured as part of the "PlayStation Hits" range. 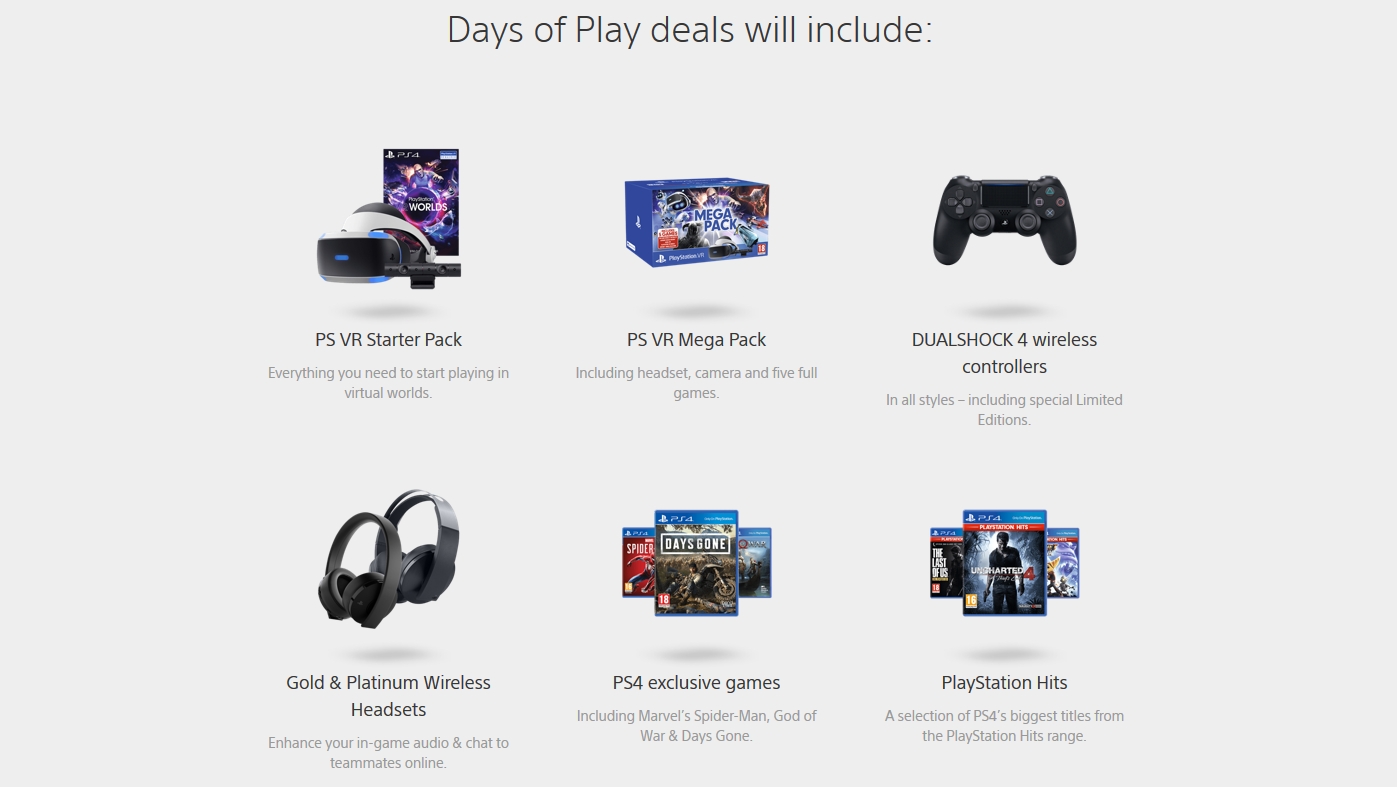 As with previous years, there is also a new limited edition console to celebrate days of play. Last year featured a pretty cool looking blue PS4, with this year featuring a design that is considerably more conservative, featuring the PlayStation icons embossed into a steel-black console. Simple and elegant.

Here's what Sony state on the Days of Play page regarding the console:

As announced during our State of Play broadcast, to celebrate Days of Play 2019 we’ll be releasing a strictly limited edition PS4 1TB console.

Featuring the iconic PlayStation shapes embossed in silver onto a stylish Steel Black console, and a matching limited edition DUALSHOCK 4 wireless controller, this exclusive PS4 will be available to buy from 7th June.

I do think it's a shame they aren't releasing this version as a PS4 pro though, I'd be pretty tempted by it.

Days of Play is coming to the PlayStation Store as well as physical retailers worldwide starting the 7th of June. What will I be buying? I'll be jumping in to get Days Gone, as it was our own Alessio who got to review that, as well as stocking up on some classic titles. Also, depending on the price, I may finally take the plunge for PSVR.