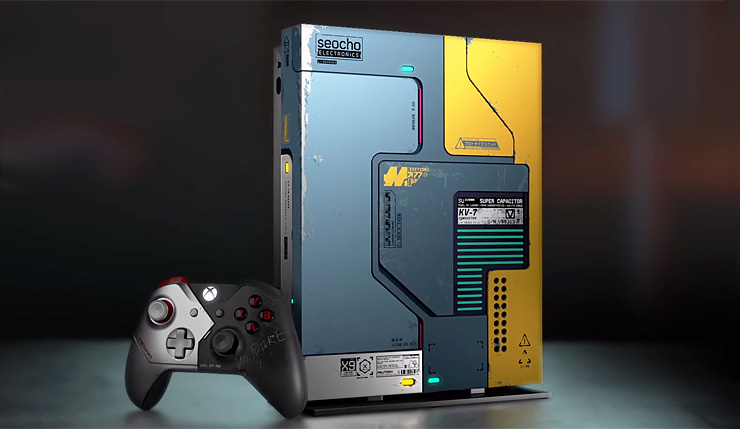 The limited-edition Cyberpunk 2077 Xbox One X console is now in the hands of some lucky players, and new images of the console have emerged online.

The new images, which can be found on Imgur, have been shared by Reddit user Arasaka, who is among the first that managed to buy the limited edition console. Needless to say, the console looks amazing.

The Cyberpunk 2077 Xbox One X bundle includes a 1TB custom Xbox One X console, a digital copy of the game and a limited-edition controller.

New Cyberpunk 2077 details were supposed to come in just a few days in the Night City Wire event, but CD Projekt Red confirmed yesterday that the event has been postponed to June 25th due to the protests that have erupted in the United States late last month.

We decided to move Night City Wire to Jun 25th. We still look forward to sharing new information about CP’77, but more important discussions are happening right now and we want them to be heard. We wholeheartedly stand against racism, intolerance and violence. Black Lives Matter.

Cyberpunk 2077 launches on PC, PlayStation 4, and Xbox One on September 17th.

obsessed with power, glamour and body modification. You play as V, a mercenary outlaw going after a one-of-a-kind implant that is the key to immortality. You can customize your character’s cyberware, skillset and playstyle, and explore a vast city where the choices you make shape the story and the world around you.