Microsoft played-out this year pulling the Xbox division out of depression and focusing primarily on video game content for its Xbox One console. The company’s efforts apparently inspires it to boast the game lineup for 2015 Holiday season as “the greatest” one ever in Xbox history, and while Sony also has good stuff to say about their offerings for the season, PlayStation executive thinks the 2015 first-party lineup for PlayStation 4 "was not as strong" as the company would have liked. 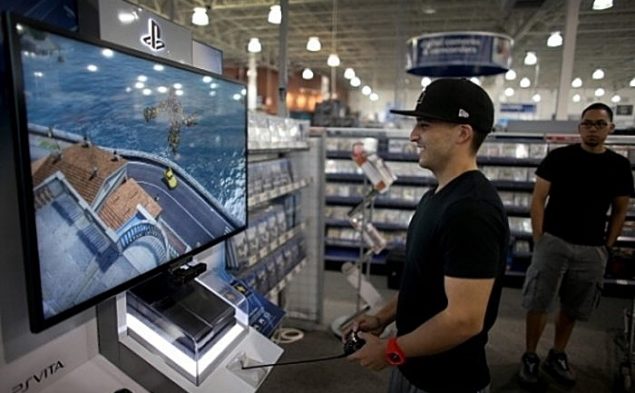 Although PlayStation 4 scored a few favorable first party titles, such as Bloodborne and Until Dawn, on top of all the great games from major studios this year, the 2015 game lineup for the console hasn’t been the one that could best the competition, and it looks like Sony is well aware of the fact. The Japanese platform holder spent much of its time this year focusing on third-party partnerships to promote the PlayStation 4 by offering exclusive video game content to users during the end-of-year period, acknowledged Michael Ephraim, Managing Director of Sony Computer Entertainment Australia, while speaking to GameSpot at a PlayStation 20th Anniversary event in Sydney.

“Games that have been released this year, from Destiny, Call of Duty, Star Wars -- most of them we have a collaboration with for additional content if you play on PlayStation 4, so we’re pretty confident with the way Christmas is going. The demand is strong.

We have worked very closely with third parties this year because our first party lineup was not as a strong as we would have liked."

However, Ephraim was very optimistic about the first-party game lineup in 2016, pointing to a range of exclusive first-party games that are expected to have major launches coming year. The much-anticipated virtual reality headset PlayStation VR is also expected to launch next year for consumers, and while Ephraim thinks the technology has good things going for it, he was hesitant to place the headset in Sony’s strategy for next year. He said:

"Next year, our first party lineup looks incredible. You’ve got Street Fighter, Uncharted 4, No Man’s Sky, The Last Guardian, Gran Turismo. These are all exclusives, and two of them are new franchises.

We’re still in the planning stages of PlayStation VR, and clearly based on the responses we’re getting so far: it’s very solid. But our core business right now is PlayStation 4 and the offerings we have on there. Disc, digital, downloadable season passes, and endless entertainment. So, it’ll be another component.

In 12 months time, PlayStation 4 is still the primary business because it’s the foundational device. PlayStation 4 will still be our primary objective to grow the install base. PlayStation VR is new, everyone wants it, there are a lot of publishers developing for it. But whether it’s going to just go completely nuts early, or if it’s a slow build, time will tell."

Ephraim’s comments on this year’s first-party lineup for PlayStation 4 follow those from Sony Computer Entertainment president Andrew House, who agreed earlier this year that first-party lineup for Sony’s eighth generation console is "a little sparse this year". Many have criticized Sony for not coming up with notable first-party content for the holiday season, instead of keeping its focus on third-party content. However, all that didn’t hinder PlayStation 4’s growth, as the console set a new milestone last month by selling 30 million units.