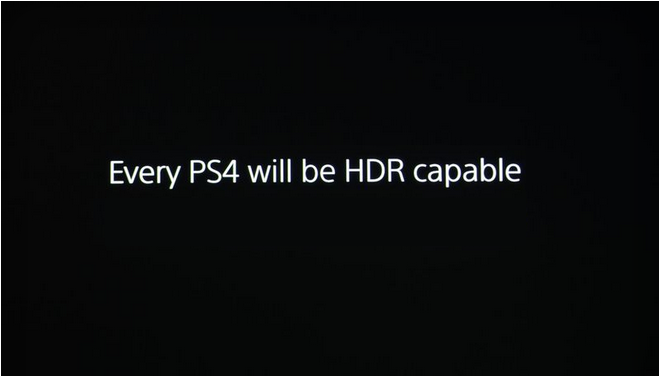 Sony is playing it good. Not only the platform holder is preparing to deliver high-end, visually advanced gaming experience via PlayStation Pro, a mid-generational hardware upgrade to its eighth generation video game console, the company is also working to take ahead its currently available standard PlayStation 4 console. All 40 million standard PlayStation 4 consoles that currently exist in the market will support High Dynamic Range (HDR) lighting via a firmware update that will be released next week.

Don’t really want to upgrade to Sony’s new, more powerful PlayStation 4 Pro console? Worry not, Sony won’t leave you behind. During today’s PlayStation event held at PlayStation theater in New York city, President and Global CEO of Sony Interactive Entertainment Andrew House took to the stage to announce that each and every PlayStation 4 console that currently exists will start providing HDR gaming experience to players from next week.

This obviously means that the newly announced PlayStation 4 Slim console will also come with HDR capability. Of course, this a big win for Sony and all PlayStation 4 owners. Microsoft has also introduced HDR technology, but only those who have or are planning to upgrade to Xbox One S (or the upcoming more powerful Xbox console, codenamed Project Scorpio) will be able to experience HDR lighting in games. The standard Xbox One consoles have no support for HDR so far.

If you don’t already know, HDR is short for High Dynamic Range. It is a technology that works to enhance the dynamic range, i.e. the difference between the lightest light and the darkest dark, in a video. This simply means that it delivers brighter and more accurate visual content with more detail across a wider range of colors. Of course, you need a HDR compatible TV to truly experience the technology.