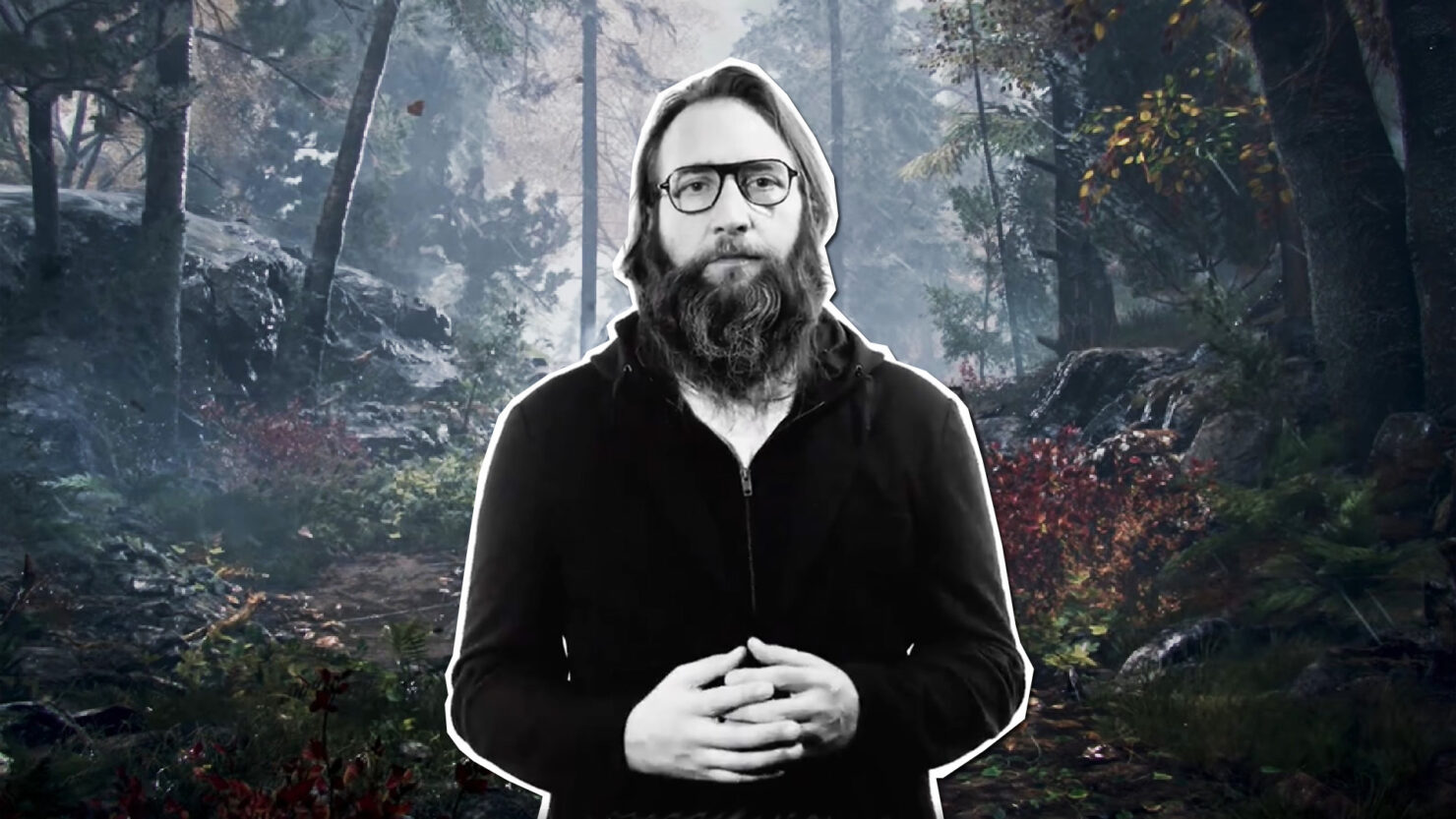 Brendan “PlayerUnknown” Greene has been promising some pretty lofty things since opening his new studio PlayerUnknown Productions, including massive, potentially planet-sized, open worlds, but until now it’s been just that... promises. Aside from a few rough screenshots and a teaser trailer, we haven’t really seen Greene’s new tech in action.

Well, that’s finally changed as Greene has provided a peek at what he’s working on via a quick Twitter video (sadly a better source has not been provided). The video shows a 64x64 km realtime-generated forest, which the camera zooms in and out of relatively smoothly. The tech is obviously still early (the video is a proof-of-concept from last year) -- there’s a lot of fog and pop-in, but it provides at least a hint at what Greene is envisioning. You can check it out for yourself, below.

Today I want to share a proof-of-concept tech demo from early last year.

This gave me the confidence to think about planet-sized worlds and the possibilities they could afford players.

If you want to help us make these worlds, we are hiring!https://t.co/MUO49PS2KG pic.twitter.com/wDef2Jz34T

For those who haven’t been keeping up with Mr. PlayerUnknown’s latest projects, here’s the basic gist of what he’s pursuing.

The key to making [worlds] bigger than humans can create on their own has always been to get machines to pitch in and help, and that's exactly what we've done here. Our machine is a neural network and our network gives us a way to learn and then generate massive, realistic open worlds at runtime. Or to put it another way, each and every time you press play. It's this breakthrough that we hope will start pushing video game worlds to the sorts of scale that would lend weight to the idea of, "You see that mountain? You can climb it." Coming across a beautiful corner tucked away in a vast wilderness. I think that has real meaning when thousands of players haven't passed that way in the last hour.

Greene plans to eventually use his tech to create a full game, but first he intends to release “Prologue,” a stripped-down survival experience that will act more as a tech demo. Here’s how Greene describes Prologue…

Soon we'll be able to show off some of what we've achieved, which brings me to Prologue. As I said, first, we have to build out the technology required to generate these vast worlds. Prologue is intended to serve as a simple introduction to an early introduction to our technology. A chance to look at what we've accomplished by leveraging machine learning.

In Prologue, you'll need to find your way across a runtime-generated wilderness and use found tools and gather the resources to survive in a journey where harsh weather is your constant foe. There will be no guidance, no path for you to follow, just a world, a spot on the map to reach, and the tools needed to get there. We've also decided to release Prologue as a tech demo, rather than a complete game. A way for you to experience an early iteration of our terrain generation tool.

No word yet on when Prologue or any of PlayerUnknown Studios’ other projects may be released. What do you think? Intrigued by what Greene is building?