The remastered version of Naughty Dog's most awarded 2013 PlayStation 3 exclusive The Last of Us is only a couple of weeks away from its launch, and the developer has now started rolling out the in-game media content. Due to launch on July 29, The Last of Us Remastered promises enhanced visuals and graphical details, and packs almost all of the additional content that was released for the original title. Recently, Sony published a new blog post revealing seven new screenshots and describing how it is like to play the game in 1080p/60fps on the PlayStation 4 console. 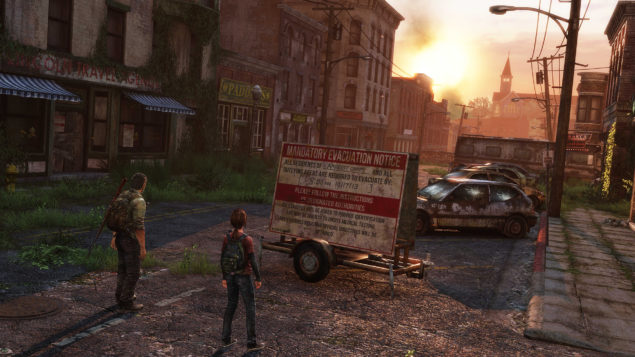 How it is Like to Play The Last of Us Remastered in 1080p/60fps; 7 Fantastic Brand New Screenshots Show Detailed Visuals

The Last of Us Remastered is the next most anticipated and highly awaited PlayStation 4 exclusive. It is an enhanced and overall improved version of the PlayStation 3 exclusive award-winning title called The Last of Us. Developed by Naughty Dog, the upcoming game is apparently the most boasted PlayStation 4 exclusive. Almost everyone, from the developer itself to the industry insiders and those who have given it a try, commented positively on the game, and now that the game has gone gold and the developer is releasing its trailers and screenshots, we can finally see for ourselves if the The Last of Us Remastered is really worth the hype.

Recently, SCEA Social Media Manager, Sid Shuman, published a blog post on the PlayStation Europe Blog, explaining how it is like to play The Last of Us Remastered in native 1080p resolution running at 60 frames per second. Throwing light on the gameplay, and how the PlayStation 4 console runs it like a charm, he also revealed 7 brand new screenshots showing off the amazing enhanced visuals and added graphical effects of the game. Talking about the resolution of the game, Sid mentioned:

"First, there’s the immediately noticeable bump in native screen resolution. The jump from 720p (PS3) to native 1080p (PS4) gives the visuals a major shot in the arm. The crisp new presentation banishes those nasty jaggies to the margins, while higher resolution environment textures adorn the lovingly crafted post-apocalyptic environments."

Below, you can take a look at these screenshots that mostly feature the actual gameplay: