This is actually quite interesting. You will now be able to play PSP games on iOS, all thanks to the new PPSSPP emulator. Naturally, it is only going to be compatible with jailbroken devices. This is actually the first PSP emulator ever to be released for iOS. It allows gameplay at 60 frames per second on iOS as well as Android. 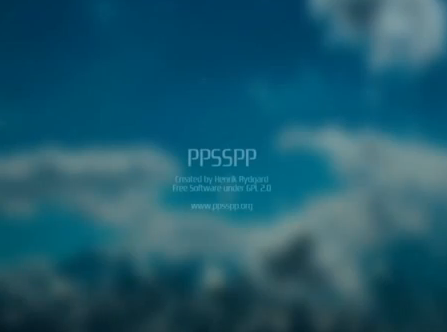 iOS devices are perhaps one of the most widely used machines for portable gaming, and they've certainly grabbed a huge share in the market that portable gaming consoles such as PSP once dominated. Apple doesn't allow such emulators in its App Store and that is exactly where we see the advantages of jailbreaking. In order to play PSP games on iOS, users must have a jailbroken device. If you don't have one that is jailbroken, follow our guide on how to perform a jailbreak on iOS device.

The PPSSPP emulator works smoothly on iOS devices, partly because it runs on JIT. The developer ensures that this is the reason why gameplay is so smooth on devices that support their emulator. At this point in time the PPSSPP emulator is still a work in progress and only a beta version has been released. There are a host of bugs in the beta version but they'll be ironed out soon. Add the following source in Cydia to download PPSSPP emulator on iOS: http://cydia.myrepospace.com/theavenger

The developer also posted a video of Wipeout 4 running on a fourth generation iPad. The performance looks good and the game runs quite smoothly. For some this emulator just might be a novelty, but it is certainly going to be a big deal for those who want to play PSP games on iOS.