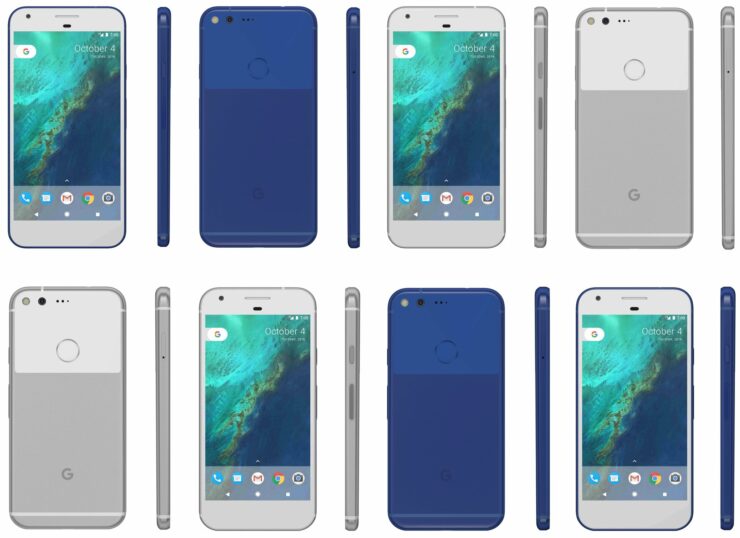 Just hours before a leak of the Pixel 2 XL press image came through, the smaller version of Google’s 2017 flagship offering has also been included and we’re informing you from before that if you desire more real estate and a slightly better design, then you should opt for the larger flagship when it is officially available to purchase.

Evan Blass might be disappointed to see the massive bezels surrounding the Pixel 2 but at least there is some consolation when you look at the Pixel 2 XL. Another disappointing revelation is that both of these flagships do not possess a dual-camera so Google will have come up with that pixie dust smartphone camera magic if it is expected to perform better than the iPhone 8 lineup and obtain the highest ranking in the DxOMark camera results.

Still, you get front-firing speakers, which should be great for media consumption but from a company’s perspective, we can understand why Google did not pay too much attention to the design of the Pixel 2; charging a premium for the larger phone as Apple has done for several years now. Still, it would have a been a killer addition had the Pixel 2 XL was incorporated with a dual-camera optics upgrade.

These are the Google Pixel 2 and Pixel 2 XL https://t.co/cXCs560jNH pic.twitter.com/f3P47aeZ2I

There might be other advantages to owning any one of these flagships and if you like a changed up design, and want to experience the stock-Android interface, it is going to cost you. The rumored starting price of the Pixel 2 XL is $849, but at least you’re getting the changes that you desire.

While you’re meticulously looking at the leaked image to justify if the Pixel 2 is going to be worth it this year or not, you can also check out our rumor roundup of both incoming flagships that are expected to be unveiled on October 4.