Earlier this month, the now well-known, or better said notorious, China-based cracking group/forum 3DM, which is responsible for illegally cracking and pirating PC video games, stirred excitement in the genuine video games market by announcing its plans to give up on producing game cracks immediately and monitor how the PC game sales get affected during a year’s time. However, the group itself has put a spanner in the works now by announcing to continue its efforts in finding a way to fracture the Denuvo Anti-Tamper tech. 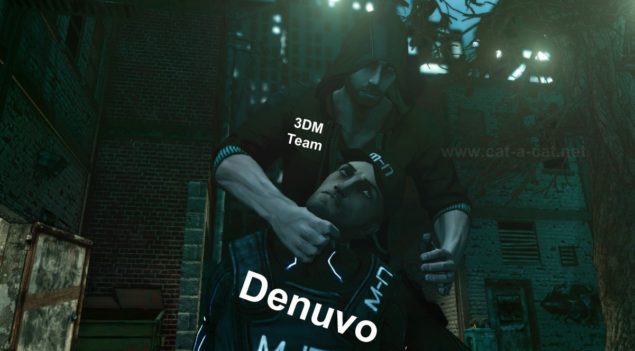 More than two months after release, Avalanche Studios’ 2015 open world hit Just Cause 3 still remains uncracked. The same goes for Rise of the Tomb Raider, which hit PC in late January. Thanks to the robust encryption technology from Austrian company Denuvo Software Solutions, cracking PC games doesn’t seem to be a job easily done now. Following their statement explaining how the “current trends in the development of encryption technology” can eradicate game privacy in only two year’s time, China-based 3DM, one of the world’s biggest cracking group, decided to stop cracking PC video games in whole for a year.

This sudden announcement regarding the change in the group’s course of actions indicated, and led many to believe that the troubles that 3DM faced while attempting to puncture the Denuvo anti-tamper software are what caused the group to finalize its departure from the cracking/pirating business. And that is apparently just the sort of push the group needed – because the latest announcement (via TorrentFreak) made by the group’s popular leader “Bird Sister” suggests that 3DM has decided not to surrender, and has probably found a way to bypass Denuvo.

“3DM will soon announce that we have a solution to the latest Denuvo encryption used on games including ‘FIFA 16’, ‘Just Cause 3’, and ‘Tomb Raider: The Rise. We made this announcement because a lot of players believe we have abandoned cracking due to technical problems, but we will prove it is not the case. We have not yet been stumped”.

While video game developers, publishers, and genuine PC video games playerbase and not to mention the team at Denuvo will be disappointed by this latest announcement from 3DM, those who rely on the group’s pirate fixes and cracks to enjoy latest games will surely be delighted to hear the news. But of course, this is still not it. The group is only hinting to have cracked the anti-tamper technology, and is not claiming to have been successful in doing so. It is yet to see if the time and effort that 3DM is putting in to make a hole in Denuvo will actually pay off.