A Pika-whodunnit?! – Great Detective Pikachu gets a Trailer 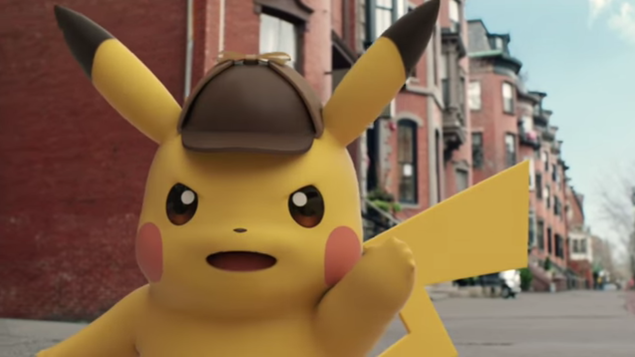 If there's one thing the Pokemon franchise has been lacking this past twenty years, it almost certainly has to be being able to take everybody's favourite electric mouse Pikachu out on the cold, mean streets, forcing him to drink a boatload of coffee and then taking him out to solve mysteries. Enter Great Detective Pikachu: The Birth of a New Duo.

Instead of finally writing a new story for the main RPGs, the developers will release this single player cinematic adventure game digitally on the 3DS next week in Japan. There's not yet any word on a western release.

Perhaps most noticeable in the short trailer above is that Pikachu is a little chattier than he has been in the past. He says things like like “I smell a new case”, “Where do you think you’re going?”, “Let’s find answers!”, “Are you okay?!” and “Let’s go, partner!”

Japanese players who pre-order will get a slight discount on the usual price. It's available for 1,200 yen instead of 1,500 yen, the difference between around $12 and $15. It'll take up around 800mb of your 3DS memory.

Detective Pikachu is Coming West, And He’s Bringing a Super-Sized Amiibo With Him