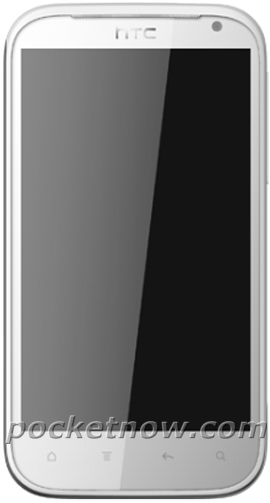 The above beauty you see is the HTC Runnymede smartphone powered by a 1.5Ghz single core processor, 768MB RAM and 16GB/32GB storage memory. The handset looks stunning in that all white body which is a welcome change from all the black handsets we have out there. Similar to the Windows Phone 7 Mango, HTC Titan this is a 4.7" smartphone aswell. Sound quality is said to be top of the line thanks to HTC's partnership with Beats by Dr Dre and the video capture quality is said to be very very good indeed and may even top that of the upcoming iPhone 5 (which is expected to have an 8MP camera). The video camera is a 1.3MP one at the front and a 8MP one at the back with a 28mm wide focal lens with a ratio of f/2.2 which is larger than that of the iPhone 4's. Video will supposedly be recorded at 60FPS in 720p. Lastly it has a 1600mAH battery which should give it a good enough battery life (for an android smartphone)

Pricing for the 16GB handset is $838 and $885 for the 32GB version (both unlocked). While the price is quite high (and unofficial), the device definitely seems like a very good product. Its however slightly surprising that such a high end smartphone is powered by a single core processor, though realistically speaking, even in today's time a 1.5Ghz Single core processor is more than enough for powering a smartphone. Dual core's are not really showing their worth at the moment since there are so little applications that use their full potential, but as we know, every new technology passes through this phase. Besides the strong points in this smartphone are not the basic hardware, but the huge screen and top notch sound and video capture quality.