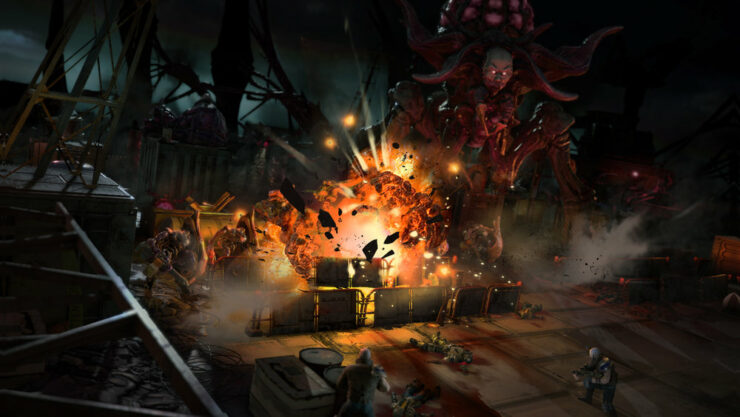 A new trailer has been released today for Phoenix Point, the X-COM spiritual successor in development for PC and Xbox One.

The new trailer, which can be watched below, showcases some of the game's features like setting, mechanics and more. It's grabbed at 4K resolution, so make sure to select the option if you've got a compatible display to better appreciate all the details.

Additionally, Backer Build 3 is rolling out soon, according to the game's Twitter profile.

Phoenix Point is being directed by Julian Gollop, creator of the original X-COM. The game promises to bring a deep strategic experience in the vein of X-COM and plenty of new features.

Deep, strategic gameplay
The Geoscape gives you a strategic view of the world situation. From here you plan all your operations, construction, research and missions. You must attempt to make contact with havens, discover scavenging sites and locate special Phoenix Project sites.

Huge boss monsters
You will face intense boss fights against large monsters. Monsters may have multiple abilities for attack, defence, generating mist and spawning larvae. You will need to use body-part targeting to progressively disable their abilities.

Mutating alien threat
The Pandoravirus can mutate living forms, and it can incorporate DNA from multiple species and clone them rapidly. You will face an alien threat that mutates and evolves new forms in response to your tactics. Our procedural generation system for the aliens can generate a huge variety of challenges and surprises for you on the battlefield.

Phoenix Point launches in June 2019 on PC and Xbox One.