Petition to Bring Forza to the PC

A couple of weeks ago, during GDC 2015, I teased the idea that Forza could be coming to the PC platform. During his keynote, Phil Spencer, the head of the Xbox business openly admitted that Microsoft had lost its way when it comes to PC gaming, and he is now trying to put it back on track.

In an interview, Spencer shared more insights on how they plan on doing so with Windows 10, and how the company's focus on Xbox resulted in overlooking the PC gaming scene.

“That amount of focus was almost required to land where we are with Xbox today. What it meant, though, was that distraction, we did ignore what was going on with Windows. Other people like Steam came in and offered some very valuable services.”

"There isn't a tremendous request today for racing games like Forza on PC," says Spencer. "Obviously through the streaming we showed in January you'll be able to play on any of the PCs you have in your home. I don't want to build things because you can build them, I want to build things that our customers are asking for.

"We obviously put Halo on PC before - you go back and look and there's obviously strong... The first-person shooter space on PC is a little bit different than on console if you look at the business model and other things that work, so we'd want to land the right experience. If you play this out - so let's not talk about the next 6 months but talk about the next three or four years - you'll see more and more developers that are building these games that are appropriate for any screen that the gamer's sitting down on. And that's just more opportunity for gamers and developers." 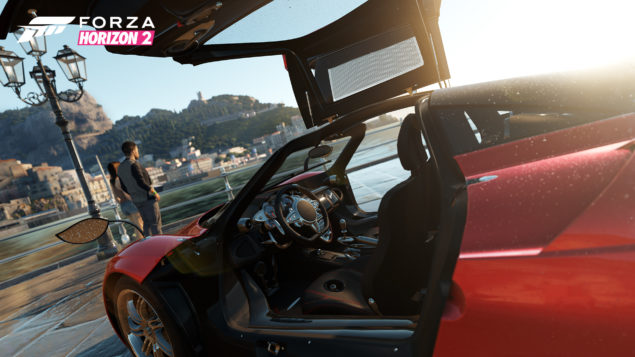 Dan Brownlee, started a petition, to bring Forza Horizon 2 to PC, in response to Phil Spencer's claims that there isn't a large enough demand for games like Forza on PC. Dan explains that when his petition receives 1000 signatures he will make an attempt to meet up with Phil Spencer, and fly out on his own expense, if an appointment is arranged in order to discuss Microsoft's plans for PC Gaming . It is quite an undertaking on Dan's behalf, and judging from the response we received from the PC community regarding a potential PC port of Forza, the demand will be pretty high.

The official blog, Xbox Wire stated:
Fable Legends is just the first of the major game franchises from Microsoft Studios coming to Windows 10 and we will have more to share in the coming months.

The above statement states that Microsoft Studios, will bring more titles to Windows 10, following the recent announcement that Fable Legends is coming using DirectX 12. In fact Microsoft's new API, will make cross-platform development far easier, and cross-play a reality.

Dan Brownlee's petition request for Forza Horizon 2 to be ported to the PC, and while it is indeed one of the most likely candidates to make its way to Windows 10, it should not be the only Forza title to be made available on the platform. Forza Motorsport 6, is scheduled for release on Xbox One this holiday, and Microsoft will undoubtedly have an immense launch providing the game for both platforms, with cross-play enabled.

Regardless, Forza Horizon 2 will prove to be a great candidate for testing the potential market for Forza on the PC, and Dan's petition might help to make it a reality. Another good candidate for testing the waters would be  Forza Horizon 2 Presents Fast & Furious, the free standalone expansion that is coming out for the Xbox One on March 27. Porting the free game to the PC, could potentially give Microsoft an idea of the level of demand a title like Forza would have.

Lets hope that Microsoft reconsiders, and brings the racing simulator to the PC. We can certainly offer Dan our support, and wish him luck in succeeding in his task to meet Phil Spencer, and influence a potential port of Forza. This could only be the beginning of great things to come.

You can view and support Dan Brownlee's petition here.