Microsoft has just earned four million new Windows 10 Enterprise users as the U.S. Department of Defense (DoD) is upgrading all of its computers to the latest Windows operating system. 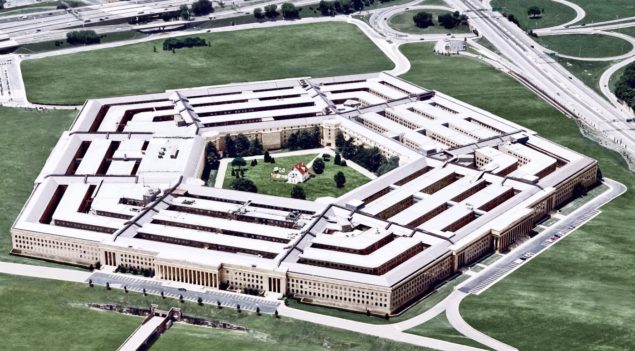 The largest enterprise deployment of Windows 10, and probably the largest for any operating system, Microsoft has just received its biggest win yet. Over the period of the next 12 months, 4 million PCs of Pentagon will be upgraded to Windows 10, Secretary of Defense Ash Carter has announced. Considering how this announcement will positively impact the overall sale of Windows 10 Enterprise, Microsoft made the information public in a blog post this Wednesday. In a super highlighted way, Redmond announced:

One of the largest enterprises anywhere – the US Department of Defense (DoD) – has joined the ranks of enterprise customers planning swift Windows 10 deployments.

All the U.S. DoD agencies will deploy Microsoft's Windows 10 throughout their organizations, from "laptops to desktops to mobile devices, including Surface devices," Microsoft says. The software maker also rightly calls this move of upgrading over 4 million devices in less than a year "unprecedented" for a customer with the complexity of DoD.

Announced just over six months after Windows 10's release in July last year, this will prove to be the biggest (and possibly free) marketing campaign for the new operating system. Several people have already started calling out on other businesses with jabs like, "if your organization hasn't yet upgraded to Windows 10, you're running out of excuses." It is not a faulty correlation too as a government agency usually waits at least over a year before installing a new operating system. Consider the size and security concerns of DoD, this announcement will be a strong sign of success for Windows 10 in the market, pushing other organizations to make the move sooner than they might have planned.

Upgrading millions of machines is not an easy feat in any way, however, there is no information about exactly how much this migration will cost the Department. Microsoft has explained in its blog post that this decision by the Defense Department has been taken partly because of emerging security risks. "Security breaches can take 200+ days to detect and industry experts predict there will be over two million new malware apps by the end of the year." Many of the computers used by the U.S. government and the military are still running Windows XP as U.S. DigitalTrends reported last year that Navy paid Microsoft "millions for extended Windows XP support."

With the DoD spending approximately $44 billion annually on cybersecurity and IT, Halvorsen said the DoD needed to deploy innovation faster to ensure systems are more secure, more efficient and cost-effective, and standardized on one platform.

Because the U.S. Department of Defense is a prime target of cyber criminals and one of the largest and most complex organizations in the world, its leaders know the importance of securing its baseline systems. - Microsoft.

Meeting specific government criteria and standards, Windows 10 has now officially received the vote of confidence, getting itself over 4 million installations in the next 12 months. In addition to this tremendous success for Microsoft's latest operating system, the company's Surface line has also been certified to meet DoD's security requirements.

This largest deployment is not only a win in terms of the sheer number of installations, but also as a psychological proof point. Bob O'Donnell of TECHnalysis says, "Microsoft can now go to its customers and say that if the Pentagon can upgrade all of its PCs to Windows 10 within a year, what's stopping your company from upgrading?"