New statistics reveal that Windows 10 has managed to improve its share in January by nearly 2 percent, biggest growth for the operating system after August 2015 when it was released. 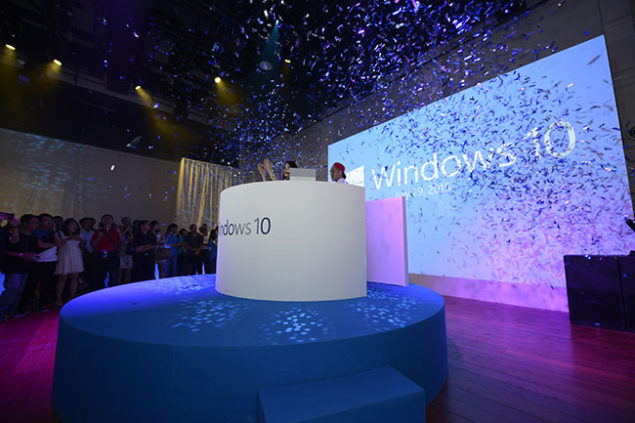 Windows 10 replaces XP as the second most-used OS in the world:

Market analyst firm Net Applications has revealed new data showing that Windows 10 adoption rate is going stronger than the last few months of 2015. Going up from 9.96 percent in December, Windows 10 is now on powering over 11.85 percent of devices in January, a growth of 1.89 percent. After the initial launch hype in July-August, the OS has managed a growth rate of approximately 1 percent every month. January saw an accelerated adoption rate, possibly because of the post-holiday hike in new devices.

One odd development in this trend, however, is the growth of Windows XP. While the operating system version has lost its place as the second most used OS in the world, its usage has also been growing in the past couple of months. Notice the share from 10.93 percent in December going up to 11.42 in January. Despite the fact that Microsoft has stopped supporting the operating system, XP seems to be on the rise again. This of course puts users' security at risk as the decade old operating system no longer receives security updates.

The new data also reveals that while Windows 10 adoption is on the rise, Windows as a whole is actually losing its share. The statistics show that Windows share has dropped from 91.39 percent in November to 90.61 percent in January.

OS X and Linux, on the other hand, have seen improvements in their share. This is surprising as Windows 10 growth was expected to increase the share for Windows. However, the new figures reveal that the global share has been dropping in the past couple of months.

Whatever caused the share drop for Windows as a whole and an increase for Windows XP, the growth in Windows 10 adoption will definitely bring some celebrations to the Redmond quarters. The new operating system is definitely going well despite Windows 7 users' unwillingness to make the move. With the help from its enterprise clients, Microsoft's aim to reach the 1 billion devices mark by 2017 seems achievable. If you haven't yet upgraded your device to Windows 10, the free Windows 10 upgrade offer continues until July 29, 2016 for Windows 7, 8 and 8.1 users.

Note: the above statistics are only based on desktop machines. As Windows 10 runs on more than just the desktops, figures will be very different if other devices are accounted for.