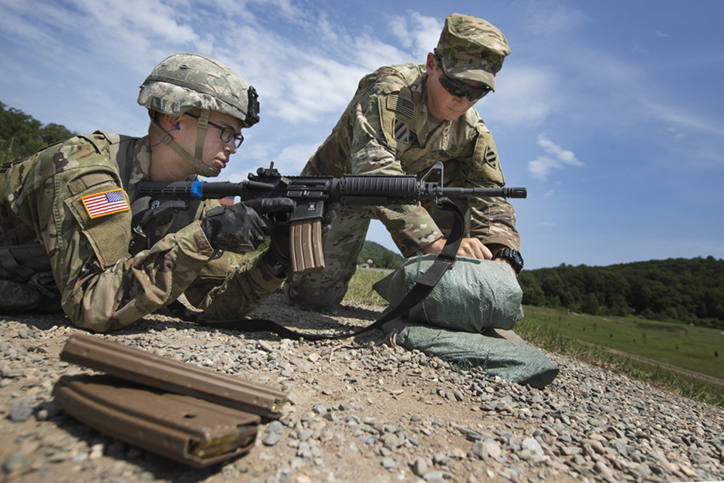 Pentagon and Army Major Jon-Marc Thibodeau believes that Generation Z's skeletons are actually weaker due to a variety of reasons. The dubbed "Nintendo Generation" has listed that a sedentary lifestyle has affected the skeletons of the current-day soldiers, making them easier to break when transitioning from a civilian lifestyle into the military.

Major Thibodeau, a clinical coordinator and chief of the medical readiness service line at Fort Leonard Wood in Missouri, said the following:

The "Nintendo Generation" soldier skeleton is not toughened by activity prior to arrival, so some of them break more easily.

According to the Defense Visual Information Distribution Service's press release, the reason behind this weaker skeleton structure is due to a more sedentary life that the soldiers from Generation Z have taken. Today's recruits are coming from a far more sedentary lifestyle compared to previous generations, making their skeletons more prone to injuries because they're not used to the kind of intense activity they will face at basic training.

We see injuries ranging from acute fractures and falls, to tears in the ACL, to muscle strains and stress fractures, with the overwhelming majority of injuries related to overuse. These occur mostly in the lower extremities. Statistically, females tend to have a higher incidence of injury than their male counterparts.

So, what can be done to fix this issue? Well, according to Pentagon's Thibodeau, new recruits should 'get off the couch'. Blondin translates this to English by suggesting new recruits enter a training regime that consists of the following:

According to VICE, “Nintendo Generation” is the Pentagon's new spin on “The Soft American,” but it’s also outdated. The generations of kids whose parents thought Nintendo was a stand-in for all video games were Generation X and the millennials, back in the days the Nintendo Entertainment System and Super Nintendo Entertainment System dominated popular culture conceptions of video games.

Indeed, this new definition is also quite broad as video games and their players have evolved over the years. In fact, Retired Navy Adm. William H. McRaven has gone on record saying that this generation is actually one of the strongest and best for the 21st century.