2015 seems to be the year of the Space Simulator. The genre is coming back faster and harder than could ever have been imagined. With the release of Elite Dangerous at the end of 2014, the continued development of Star Citizen, the re-release of the famed X-Wing and Tie Fighter series of simulators as well as the appearance of some other very fine titles it seems that it's coming back heavier and better than ever. Now we have Eve Valkyrie making an appearance at PAX East. 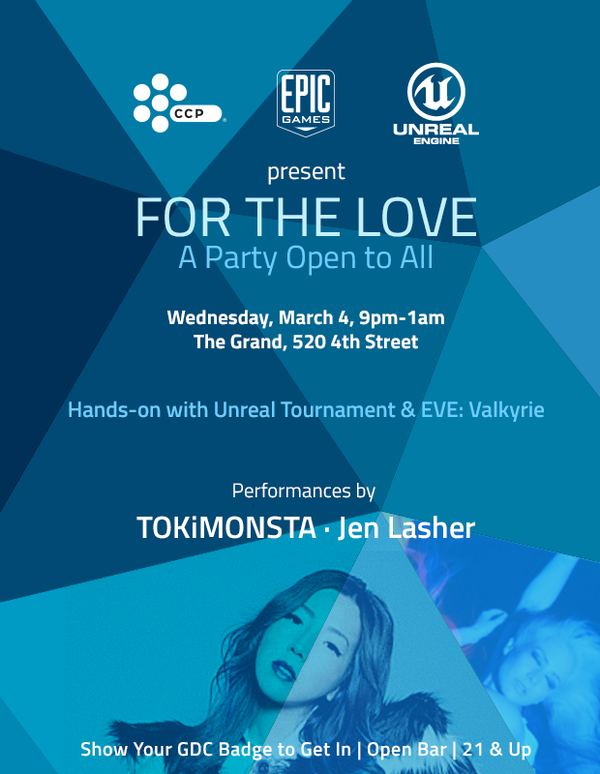 EVE Valkyrie is being demoed at PAX East with both solo and competitive tournament play.

At PAX East CCP Games has set up several demo booths so that you can take a look at what the current build has to offer, complete with an Oculus Rift VR headset. Not only that, but to highlight the expansive multiplayer aspect, they've set up an area where they're hosting a tournament. 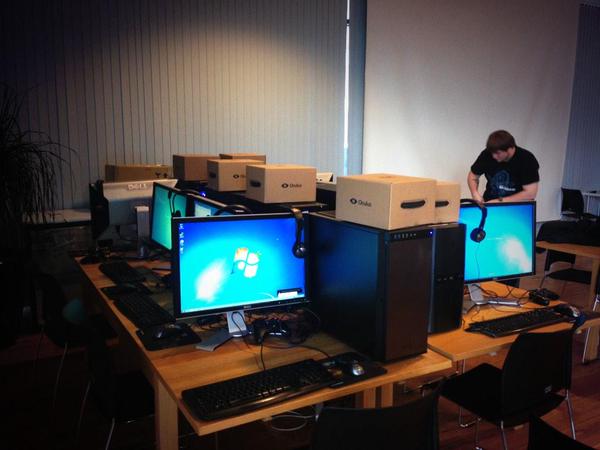 EVE Valkyrie is CCP Games' entry into the Space Simulator genre and an expansion of their EVE Online universe. It's a dynamic and fast paced dog-fighting game that will take advantage VR technologies from Sony and Oculus in order to make for a very immersive experience. Eve Valkyrie runs on Unreal Engine 4. 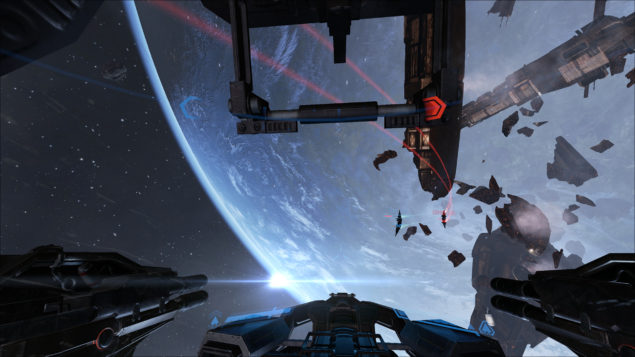 EVE Valkyrie will also feature a very deep character driven single player story with the voice acting of the main character provided by Katee Sackhoff. Apparently she was very excited about the game once she was exposed to it.

“The first time I played EVE: Valkyrie I immediately knew I had to be a part of it. Even with the roles I have played, it is the closest I have ever felt to being a real spaceship pilot. It is a truly transformative video game experience.”

Just how EVE Valkyrie will integrate into the greater EVE universe is thus far unknown. Dust 514 another EVE tie-in also takes place in the same universe, though isn't quite as affected or driven by EVE Online. EVE Valkyrie would benefit greatly from a true melding of the games, perhaps even having one able to launch their starfighters from within EVE Online and then transition right into EVE Valkyrie.

Regardless, it seems that they've come quite a long way since they announced the project some time ago. It looks to be a great and more action packed contender in the Space Simulator genre. It's schedule to be released on the PC and the PlayStation 4.

If you're at PAX East, then go head over to the CCP Games demonstration and enjoy the beautiful display they have.