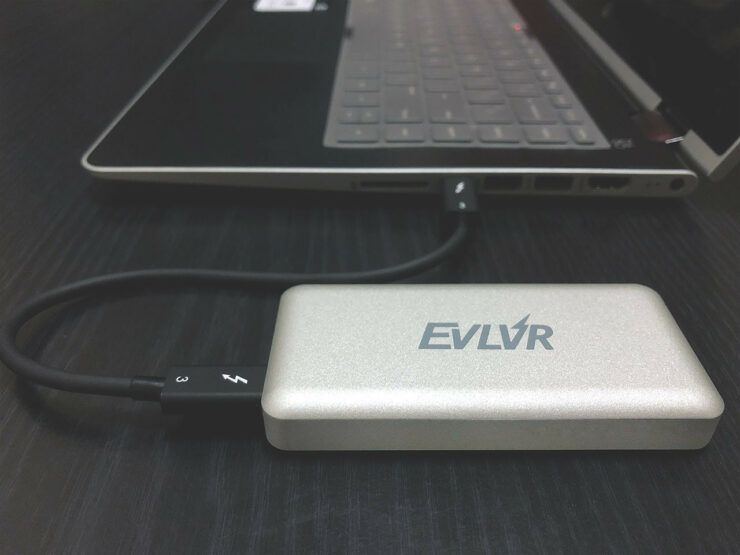 Patriot a brand well known for their performance memory, SSDs and flash storage today has announced the release of the EVLVR Thunderbolt 3 External SSD, allowing users to have a high-performance SSD on the go.

The amount of data that users transfer and store has been getting larger over the years due to major evolutions in technology and the ability to quickly process large amounts of data. Ideal for HD content, portable boot drives, video game libraries, high capacity jobs and more, Patriot's EVLVR Thunderbolt 3 external SSD brings fast speeds and convenience for consumers everywhere.

"We dedicate to offer power users an evolutive idea about an SSD product, evolving appearance with an evolutionary technology, that's how EVLVR has been created. It's perfect for video editing, photography, multi-app usage, and more content creation. our R&D team especially proud of implementing Thunderbolt 3 which allows Patriot to build such portable storage solutions with blasting-speed and ultra-quality,"

The drive uses a Phison E8 PCIe controller with Thunderbolt 3 connectivity, the drive can hit up to 1600MB/s in sequential reads and 1000MB/s in sequential writes when transfering from a system with an internal PCIe SSD. Finally using Thunderbolt 3 allows them the bandwithof up to 40GB/s which is 8 times faster than conventional USB 3.0 and 4 times faster than USB 3.1

Thanks to Thunderbolt technology, users can experience the speed of Thunderbolt 3 with transfers of 4K video in under 30 seconds. The drive does not require any external power supply and is entirely self-powered from the laptop, desktop and other devices with a Thunderbolt 3 or USB-C connection. Data can be transferred while simultaneously charging the devices over a single USB type-C port thus reducing the number of cables needed when operating an external SSD.

Patriot has also provided us with the specifications below