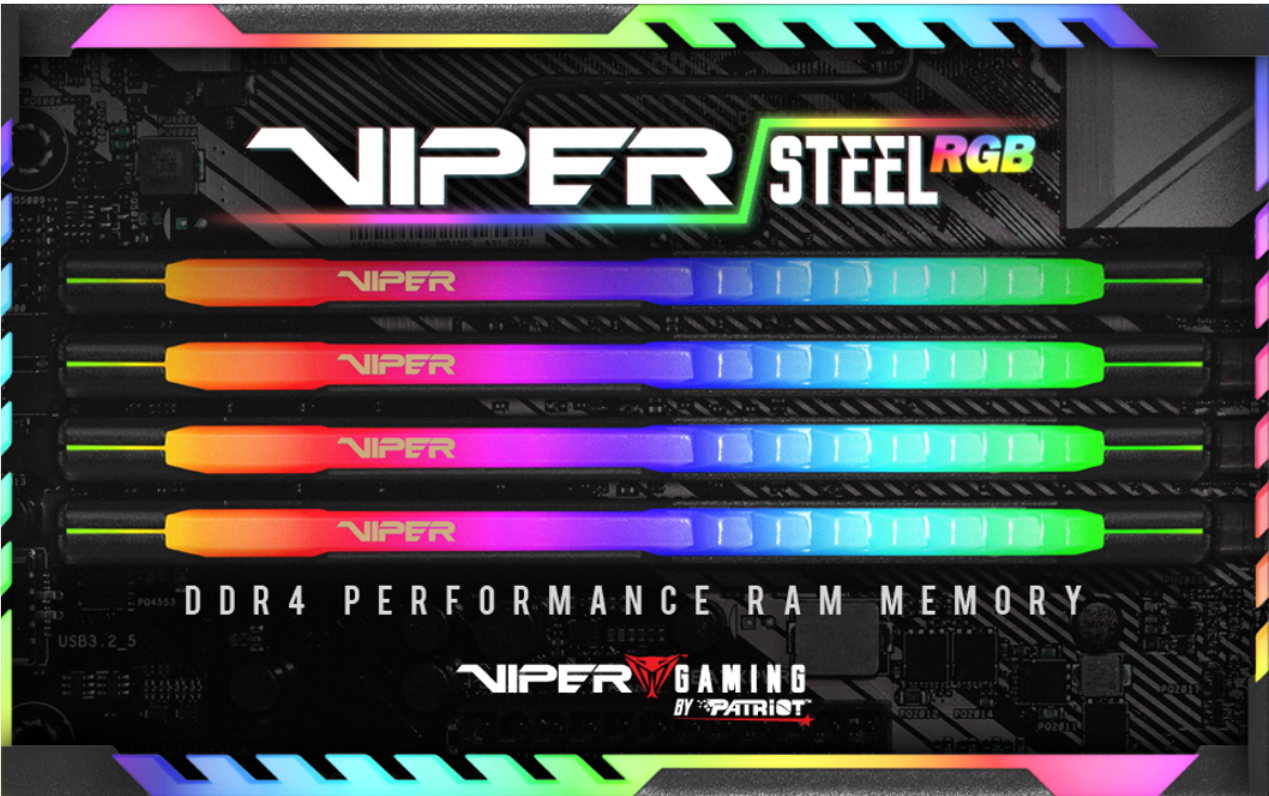 Patriot has announced its Viper Steel Series of RAM, which features speed ranging from 3,200 MHz to 3,600 MHz and RGB lighting. The Viper Steel series of RAM are hand tested and designed with the latest Intel and AMD Ryzen processors in mind. This series is currently available on Newegg and Amazon, with both sites staying out of stock, but Newegg shows the correct prices for the various RAM modules and kits. These prices range from $45.99 for the single 8 GB module up to $259.99 for the Dual Module Kit with a RAM capacity of 64 GB.

Patriot has announced the Viper Steel Series of RAM offering speeds up to 3,600 MHz, with more information on Newegg and Amazon

The Viper Steel Series of RAM offers two different speeds, a 3,200 MHz RAM speed and a 3,600 MHz RAM speed. These RAM kits offer support for Intel XMP 2.0 Support for easy overclocking to have these fantastic speeds. These RAM modules have been thoroughly tested to ensure that they cannot only achieve the rated speed. 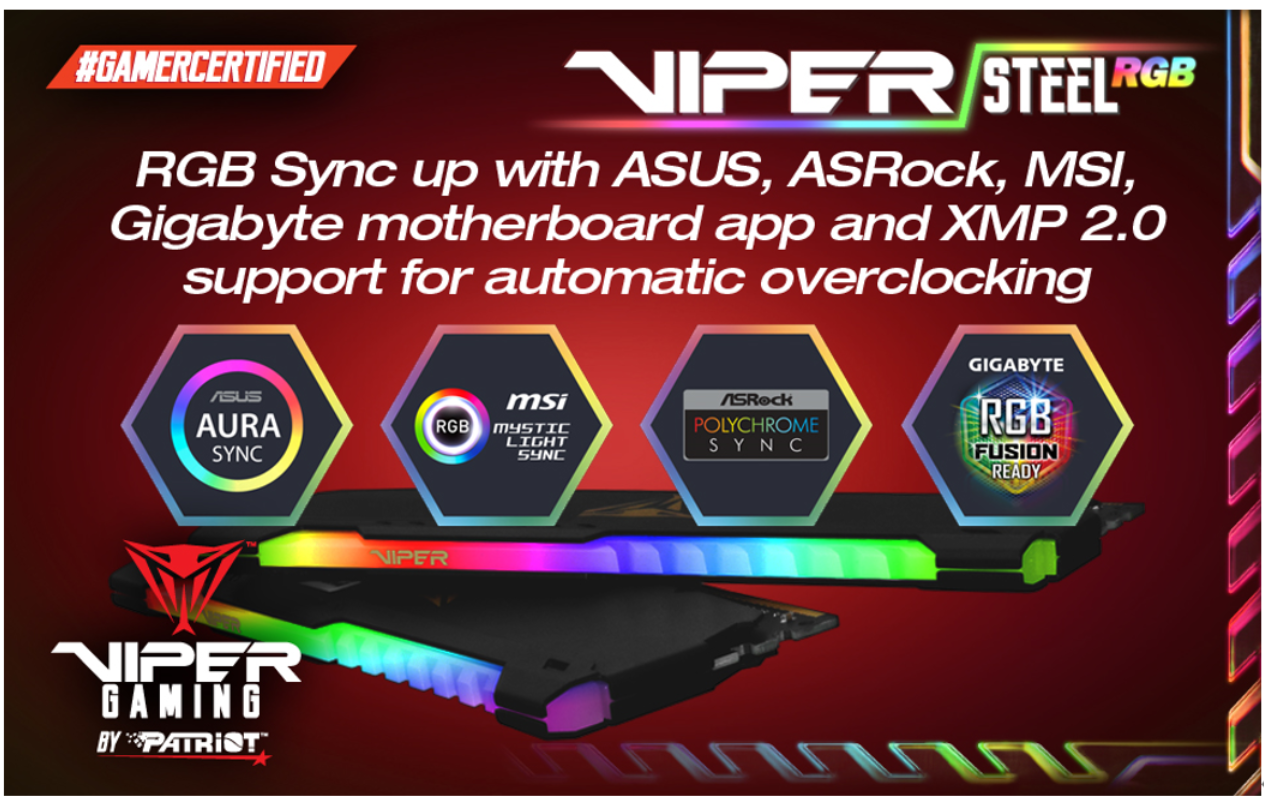 The Viper Steel Series of RAM offers a redesigned heat shield composed of high-quality aluminum, which is then painted black to offer a sleek design. This sleek design also highly accentuated the RGB lighting on the top of each RAM module. On the top of the lightbar features the Viper logo, while on the sides features a golden Viper logo.

The lightbar on the top of the heatsink has five multi-zones of RGB to the memory module. It supports various motherboard manufacturers, including ASUS Aura Sync, GIGABYTE RGB Fusion 2.0, MSI Mystic Light Sync, and ASROCK Polychrome Sync.

Roger Shinmoto, Vice President of Patriot and Viper Gaming, stated, "We’re thrilled to launch our popular demand of VIPER STEEL RGB PERFORMANCE MEMORY for those enthusiasts who are obsessed with maximizing hardware performance."

The Viper Steel Series of RAM is currently listed on Amazon and Newegg with varying capacities from a single 8 GB module up to a 64 GB RAM kit. The single 8 GB stick of RAM has a $45.99, while the largest 64 GB RAM kit has a price tag of $259.99. These models offer a limited lifetime warranty and have been tested on both the Intel and AMD platforms.

Thermaltake Releases the All New TOUGHRAM RGB DDR4 RAM With Speeds Up to 4,600 MHz