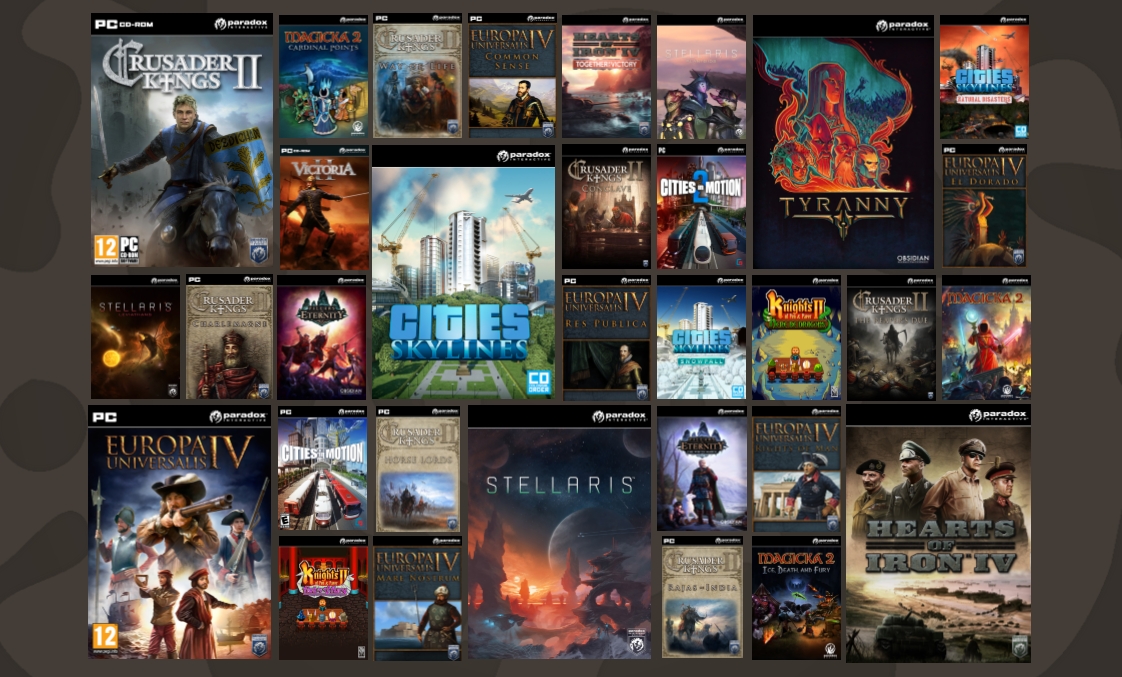 "We can do better". This is the line that headline the words by Paradox Interactive (FRA:ETA) CEO Frederik Wester in their Q3 report. This seems to be an opinion shared by those outside the company as share price has lowered from highs of €9.65 roughly one month ago to €8.65 at time of writing. Over half of this fall can be found in the previous two days when the Q3 results were unveiled.

This fall is despite a decent level of growth, but with a lowering of other key figures. Revenue for the company has grown a not insignificant 42% year on year, from 127.2 million SEK to 180.7m SEK. However, profit has actually lowered from 54.6m SEK to 52.9m SEK. As a result, the operating margin has fallen 14% YoY, to 29%.

The Paradox of Paradox Interactive

This fall in shares shouldn't be completely unexpected. Three months ago I predicted a slight downturn during the current quarter. It can be expected as Paradox Interactive have only released one new title in 2017. Generally speaking you should expect a video games company to live or die on new releases as well as ones currently in development. Paradox also announced the delay of the previously announced Battletech game to 2018.

What should be revealed is that Paradox Interactive have never been a studio that releases a large number of titles per year. In the past I've covered the company and their long tail strategy for revenue. This focuses on a longer support of popular titles with additional content and alternate versions. This has accounted for the only releases of the company in Q3 2017.

Console versions of two previously successful PC titles head up this list. The first is the PlayStation 4 version of Cities: Skylines. Pillars of Eternity: Complete Edition was also released on both the PlayStation 4 and Xbox One. In addition to this is the release of downloadable content which pushes the long tail strategy. The company's only 2017 release, Steel Division: Normandy 44, gained the Second Wave add-on. Older titles like Stellaris and Tyranny received extra content. Stellaris received the Synthetic Dawn Story Pack and the Bastard's Wound content was released for Tyranny.

During the Q2 report Frederik Wester covered his thoughts on comparing quarters and that he believes it is an unproductive way of looking at the games industry. This was despite very strong figures and growth for that quarter, year on year. This is something that he has reiterated that "The quarter is yet another example of the fact that some quarters will always look better than others throughout our ongoing operations".

I mentioned at the start of this piece that Paradox Interactive have seen a small fall in operating profit and a significant fall in operating margin. It has been revealed that one large cause of this was the writing-off of a previously unnamed project. Negative exchange rate and increased royalty payments were also revealed as key factors.

One other factor was the purchase of Triumph studios, something I wrote about while covering the results of Q2. Triumph was purchased for €4m (39.6m SEK) with a performance based potential of a further €21m (208m SEK) until December 2025. As a result of this direct costs increased nearly 72% year on year to 80m SEK from 46.7m SEK.

Purchasing Triumph studios has been a sensible move for Paradox Interactive. Triumph are a similar company to Paradox. Both engender fan loyalty as a result of their support for their titles which are generally for niche genres. The value of Triumph comes from this, as well as the value of the Age of Wonders IP and their experience in the industry.

As true as it may be that quarterly results are an inefficient way to measure such as Paradox Interactive, it is how it's done. The large issue for Paradox is that the current quarter, ending 31st December, will yet again feature no new titles. It's certainly true that the company can do better at revealing and releasing new titles, as it's highly likely the long tail of certain games has a limit.

This quarter does, of course, feature the strategy that is working well for the company. The Green Cities content was released for Cities: Skylines last month. Today has seen the release of Pillars of Eternity: Definitive Edition as well as DLC for two large titles in the form of Jade Dragon for Crusader Kings II and Cradle of Civilization for Europa Universalis IV. In addition to this will be the Steam Winter Sale, which can see a significant number of sales of older titles as a result of deep discounts.

Paradox Interactive have also recently announced the Waking the Tiger expansion for Hearts of Iron 4. As of now, no release date has been set. In addition to this are two new releases in the form of Surviving Mars and Battletech, both to be released in 2018.