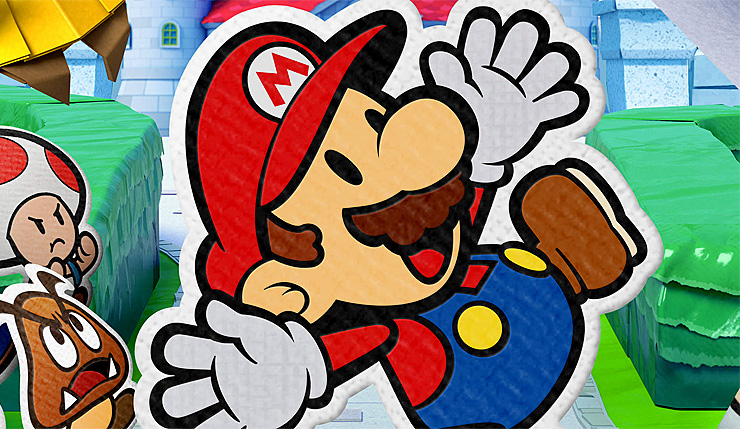 When Paper Mario: The Origami King was first announced, fans held out hope it would mark a return to the classic turn-based RPG style of earlier games in the series. It turns out that isn’t really the case, although Origami King’s new approach to combat does look more interesting than the shallow card-based system used in the last couple Paper Mario games.

As demonstrated today in a new Treehouse: Live stream, combat in Origami King is more puzzle-based as you have to have to line-up enemies by rotating concentric circles in order to earn damage bonuses. Meanwhile, bosses reverse the mechanic, with the boss being in the center circle, and players having to rotate the surrounding circles so that Mario can get to the big baddie. It may sound a bit confusing, but it will all make sense once you check out the footage, below.

Not entirely sure how I feel about the new combat system. On the one hand, it does look more challenging than the cards, but I fear rotating those circles is going to get dull pretty fast. Haven’t been keeping up with Paper Mario: The Origami King? Here's the official description:

Mario and Luigi receive an invitation from Princess Peach to attend an origami festival and excitedly hurry to Toad Town…but something’s amiss. After investigating the eerily empty town, the duo finds a fearsome (and folded) Princess Peach—she’s been turned into origami by King Olly, ruler of the Origami Kingdom! With five giant streamers under his control, King Olly binds Princess Peach’s Castle and transports it to a distant mountain as part of his plan to re-fold the world.

Battle the Folded Soldiers in ring-based battles that challenge you to strategically line up enemies to maximize damage! Out of battle, Mario can use the arm-extending 1,000-Fold Arms ability in specific spots to interact with the landscape to pull, peel, hit, and more! Join Mario, Olivia, and their companions on a journey of laughter and emotion, thrills, and a whole lot of folding.