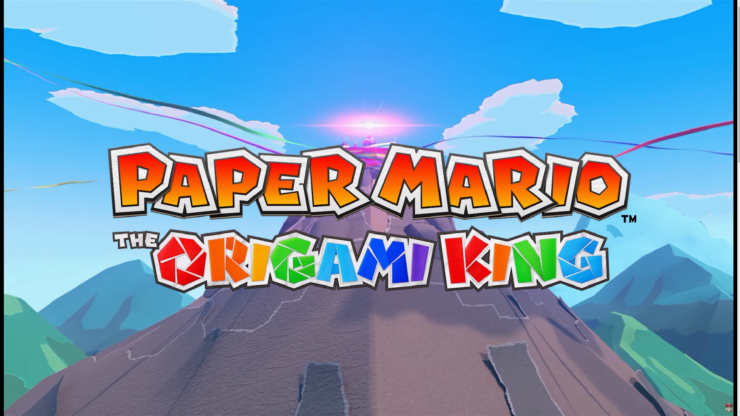 Nintendo's latest entry in the Paper Mario series is already shaping up to be quite a colorful affair. This morning, a new trailer for Paper Mario: The Origami King debuted and showed off some of the new tools in Mario's toolbox of crayons.

From stretchy arms for puzzle solving to shiny hammers for goomba stomping, Paper Mario has a number of abilities to aide in both traversal and combat. Mario's various travel companions also appear to give help outside of battle, but when the adventure switches to turn-based combat, it's Mario on his own against the world.

The ring-based combat is shown off in a bit more detail in this latest trailer for Paper Mario: The Origami King. Nintendo offers a little more explanation on how to rotate the rings and slide enemies around to stack them up for additional damage (a perfect grouping will give Mario a 1.5x attack bonus for the round). There's still no information on exactly how Mario's equipment will work in battle, whether items are a one time use per round or if they'll run off another type of resource not yet shown. Mario doesn't have any Flower Points at his disposal but with battles offering up a ton of coins, it's possible that Mario might have to spend a little bit of his pocket change to summon a POW block or fire flower.

Boss battles spin the combat around and put the giant enemies in the center ring. Rather than trying to simply attack the enemy foes with a sturdy hammer, Mario has to rotate the outer rings to plot a course through hazards and obstacles to reach the boss' weakpoint. One enemy shown was a case of colored pencils that can be struck from behind to close the lid and prevent the boss from firing out any more pencil missiles. Five regions were showcased in Paper Mario: The Origami King, each with their own paper streamer to collect and giant boss to square up against. Expect to see this version of Paper Mario take on such dangerous objects as a tape dispenser, rubber band figurine, and more.

Paper Mario: The Origami King will launch exclusively on Nintendo Switch on July 17th. It is currently available for preorder from Nintendo and will offer a pre-load service ahead of its console launch next month.