Forget The F35; NSA Pentagon And USCC Are Busy With Cyber War Games

If you're even remotely interested in all things US military, you'd have heard about the recent dogfight which left the F-35 rather red faced. For a fighter jet that has reportedly cost the US government $350 Billion and made its maiden flight in 2008, loosing out to the F-16, a fighter jet of the Vietnam era left several quarters to question whether the US government is really up to par with its expected defense capabilities. But while the F-35's failure is being pinned on an absent stealth coating, which should be surprising on a 'Stealth' multi-role fighter, folks over at the government are busy with other things as well. One of these were the annual wargames held by Pentagon, different then any other you'd expect. 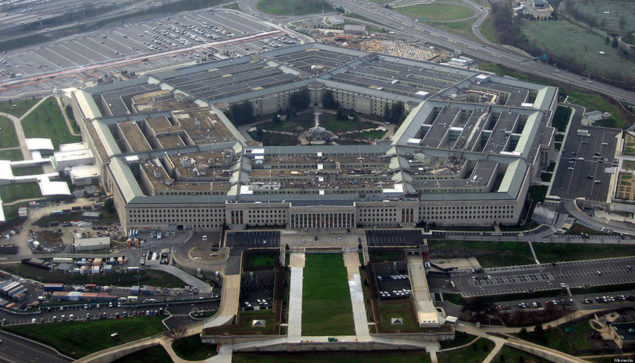 While the lads over at USAF were busy carrying out dummy dogfights in the skies, folks over at NSA, Pentagon and Homeland Security were busy liaising with British officials and several segments of the private sector to more accurately map out defense strategies for cyber attacks. Apparently, Pentagon officials are pretty worried about massive cyber-attacks that could land out critical blows to US infrastructure, which was the mood at this year's Cyber Guard training exercises. Cyber Guard is carried out annually but this year, several banking, energy and other institutions were also invited to participated so that their response to such situations could be better anticipated.

Coast Guard Rear Adm. Kevin E. Lunday, head of everything related to training exercises at US Cyber Command stressed at the importance of such events by stating "They say the best steel is forged and tempered in the hottest furnace,” Adm. Lunday said in an interview last week, adding, “We put them under that pressure so that they can learn.” Several teams were instructed to carry out dummy attacks against those participating, which resulted in mixed results. While some showed above average exception in countering these, several others were not prepared, since they were participating in such an exercise for the first time.

Adm. Lunday expressed the Pentagon's paranoia succinctly by commenting " The question is not whether this kind of scenario will occur, but when it will occur.” And after all, with a budget estimated at $509 million, folks over at the Cyber Command will have to keep themselves busy. Simulations involved a cash freeze at banks, energy disruptions across the country, an earthquake in California and disruption at a British port. Teams were also allowed to conduct counter attacks, an area which is very much shrouded in secrecy over at the Pentagon and CENTCOM. Teams were instructed to carry out specific attacks, as in real life scenarios, the final discretion lies with the White House and the Pentagonm through the Secretary of Defense.

The scenarios were designed keeping in mind attacks by both international governments and hackers in general. After conventional warfare, cyber crime has started to become an increasing threat over the past couple of years, particularly with the rate technology is advancing and our increasing reliance on it. Think the US government is doing the right thing with these simulations? Or can the money be spent better? Let us know what you think in the comments section below.