Paper Mario Game In Development For Wii U, Game Is Currently Being Localized And Tested – Rumor

The Paper Mario series has been out of the spotlight for quite some time, with Paper Mario himself only appearing in two Nintendo 3DS games in recent times, but it seems like the series will be making a glorious comeback in the near future, according to rumors circulating online. 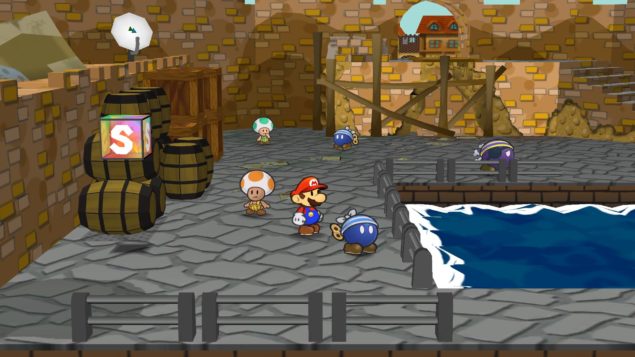 According to Emily Rogers , who has received the information from five different sources, a brand new Paper Mario game is currently in development by Intelligent Systems for Wii U. The game is apparently in an advanced state of development, as it's currently being localized and tested. According to these sources, the game should be revealed this year.

This isn't the first time we have heard about a Paper Mario Wii U game. Last year a rumor on a Paper Mario game developed by Intelligent Systems launching on Wii U started circulating on the Japanese message boards 2Chan a few weeks before the E3.

The latest game to feature Paper Mario released in all regions is Mario & Luigi Paper Jam Bros, the new entry of the Mario & Luigi series by AlphaDream. In this new game, Paper Mario join Mario & Luigi to put an end to Bowser's schemes, schemes that have become more dangerous than ever due to Paper Bowser joining his "regular" counterpart. You can learn more about the new 3DS role playing game by checking out Dave's review.

After Luigi knocks over a magical book, the Mushroom Kingdom is covered with two-dimensional Paper Mario personalities. See what happens when your favorite Mario characters meet their paper doppelgängers.

The new Paper Mario Wii U game has yet to be confirmed officially. We will keep you updated on the matter as soon as more comes in on it so stay tuned for all the latest news.