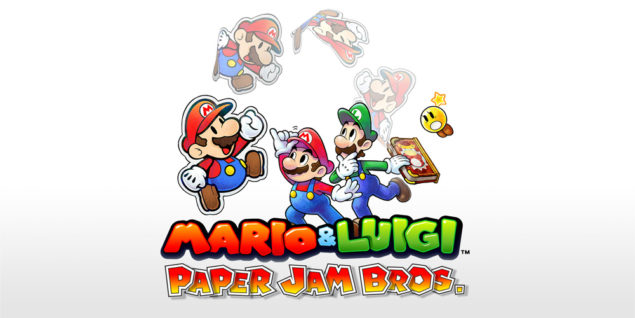 I think it’s fair to say that both the Mario & Luigi games and the Paper Mario games have cemented themselves as very competent, humorously written RPGs. To this day I firmly believe Paper Mario: The Thousand Year Door on the Gamecube to be one of the best RPGs of that generation, and the Mario & Luigi debut Superstar Saga on Game Boy Advance was a genuinely stellar game, a brilliant JRPG that would’ve been held in the highest possible regard if it had released on a system like the Super Nintendo.
Though I think it’s fair to say both series have stumbled in recent years. Mario & Luigi is a strong franchise but it's becoming repetitive, while Paper Mario has ditched a lot of his JRPG elements for crap platforming and – ugh – stickers. With that, I’m happy to say that Paper Jam is a return to form in some ways, while an indecisive mishmash of different – conflicting – elements in others.

The basic premise is that Paper Mario’s 2D world has collided with Mario & Luigi’s, by way of a magic book that has spewed paper Toads, Goombas, Bowser and of course Mario himself into the 3D world. The paper toads are panicked, the bad guys are teaming up and Mario, Luigi and Paper Mario have to sort it all out. As usual it’s not so much the premise that is interesting, but the writing.

Both of these franchises have a history of rich writing and dialogue and that is absolutely still present. It’s a bit of a shame that the unintelligible Italian-inspired babbling that comes from Mario and Luigi means they need a weird mascot tagging along and talking on their behalf. The representative of choice this time is just, uninteresting, lacking a personality and a low point in the writing for me personally. I would’ve much rathered in game characters interpreted Mario & Luigi’s nonsense in their own way to carry the story forward - I feel it would’ve been more entertaining, if nothing else. 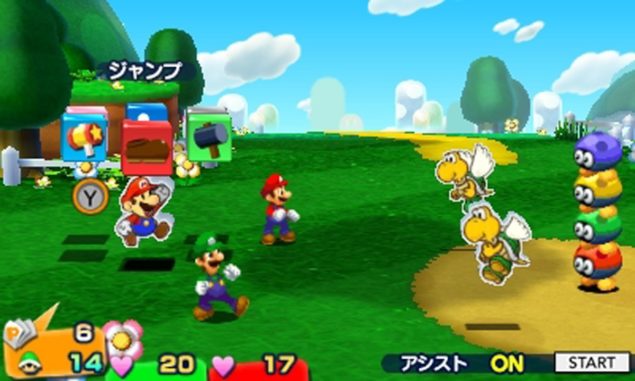 Happily the game takes more from the Mario & Luigi games than Paper Mario’s recent outings. Battles are turn-based, and require tapping jump on enemies, hitting the button in time with a hammer swing and more. Boss battles get creative, becoming action-based minigames which use the same jump mechanics in battles, creating a cohesive and fascinating take on fights. Easily, these battles are the game’s high points.

It’s a shame, then, that everything in between the above feels so tiresome. The game is chock-full of “Find The Paper Toads!” minigames, forced, required to progress the story. These minigames, coupled with very plain and uninspired overworld puzzles, I felt dragged the game far before it was over. These areas are all serviceable, absolutely, and they’re never inherently bad. They’re just not interesting, to the point where I would rather put my 3DS into sleep mode.

The designs are at least gorgeous. Brilliant papercrafts are encountered, which are always designed in a quirky, interesting style. The overworld itself looks pretty, and has wide areas to explore, but they often lack anything interesting.

It’s painful that I have to say that while Mario & Luigi Paper Jam Bros. is perfectly serviceable, it’s just not great. I’m not enthralled, none of it is dragging me in making me want to play for hours. Everything about it is absolutely fine - it’s fine, but nothing more than that. It’s rarely bad, but it’s also rarely interesting. A shame, given the pedigrees of both series. This probably isn’t the worst entry in either series, but it’s not the best either.