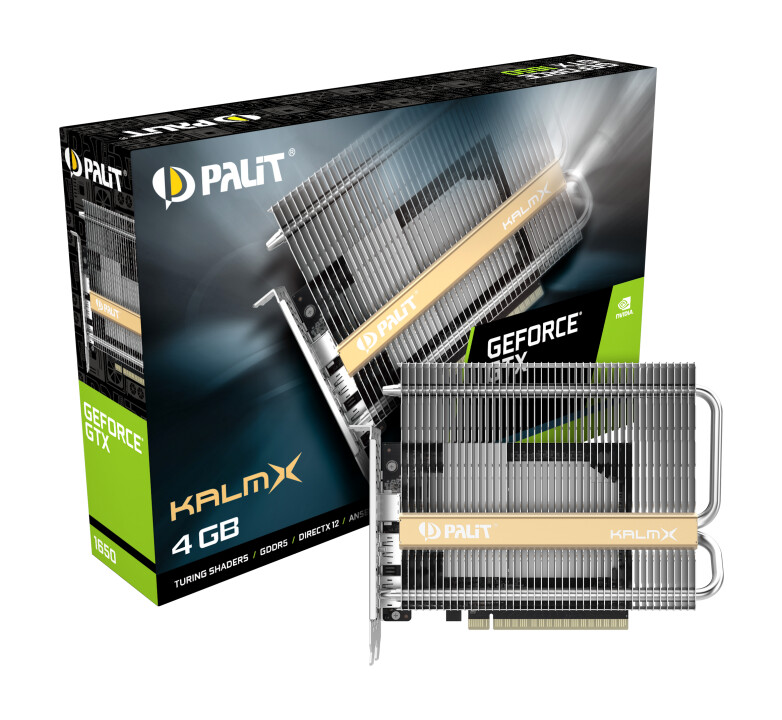 If you are looking to create the quietest gaming set up ever, The Palit GTX 1650 KalmX is the graphics card for you. This GPU is entirely passively cooled, which means that this GPU makes no sound, while still offering the regular performance of a GTX 1650.

The Palit GeForce GTX 1650 KalmX is based on the Turing TU117 GPU and retains the reference clocks of the GTX 1650 at 1485 MHz base and 1665 MHz boost. The card features 4 GB of GDDR5 memory clocked at 8 Gbps and delivers 128 GB/s bandwidth along its 128-bit bus interface. This graphics card provides the horsepower to be able to handle today's demanding titles in full 1080p HD at a refresh rate of 60 Hz. The GTX 1650 KalmX features a vast number of features, like:

The Palit has not released any pricing for the GTX 1650 KalmX.