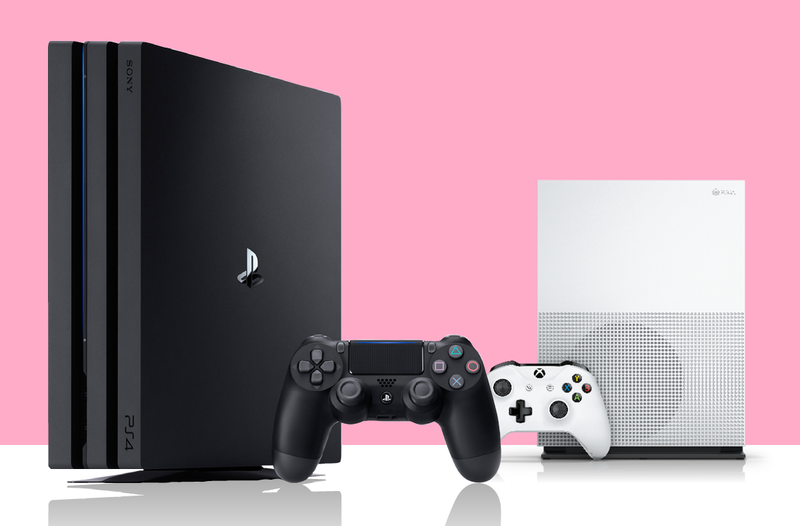 The holiday season is upon us, and Microsoft is well prepared to secure the top spot by pushing its hardware as well as software to the front in terms of sales during the holiday shopping frenzy. The American platform holder is going all out with the Xbox One S console and a fairly strong lineup of games, which includes Gears of War 4, ReCore, Forza Horizon 3, and more. Sony, on the other hand, doesn’t have any major PlayStation 4 releases coming up, except for games that are receiving 4K support with PlayStation 4 Pro, and there is PlayStation 4 Pro itself, of course.

With what it currently has in store for consumers this holiday season, what are the Japanese platform holder’s chances of overcoming its competition? Not that bad, according to the well-known Wedbush Securities analyst Michael Pachter. Talking to GamingBolt, Pachter explained how Sony is still very much in the competition, and how the company is expected to outspend Microsoft globally on marketing 2:1 to put its PlayStation 4 Pro and PlayStation 4 Slim consoles as well as PlayStation VR headset out everywhere.

“I don’t think that most people who get consoles at Holiday are people who buy them for themselves, except for the launch year. I think that most Holiday console purchases are gifts, and ask your mom if she knows what the first party lineup is for Sony and Microsoft this Holiday- and she won’t. So she goes into a store, and she’s just looking for the bright, shiny object. Sony advertises well, and the brand is probably better known than Xbox among grandmas and moms, so I think they sell well at Holidays in spite of having a worse lineup than Xbox.

And to be honest with you, gamers know the difference, but how many people reading this haven’t made a decision on a console yet? Everyone in this audience already has one or the other, and they may buy a PS4 Pro, but they’ll trade their PS4 in to get it. I don’t think that the timing of game releases matters at all to gift givers, and so I don’t think it matters at Holiday.

And frankly, I kind of think that there’s something smart about avoiding Holiday, because it gives you the opportunity to be in the limelight during months when you’re really trying to brand the console and make sure they get what advantage you have. So I’m not disrespecting Microsoft’s decision to launch Gears at Holiday, I think it was smart to have the game out, and it’s certainly gotten great reviews, and props to those guys for making a game that they inherited from Epic, and it’s been phenomenal. But… I don’t think that it would’ve mattered when it came out, October or May, it still would have sold very well.”

“Well, [Sony] they’re also going to advertise PSVR- so you’re going to get advertising for PlayStation VR, PlayStation 4 Pro, and PS4 Slim. So I actually would expect Sony to outspend Microsoft globally on marketing 2:1.”

What do you have to say on the topic? Share your thoughts in the comment section below.