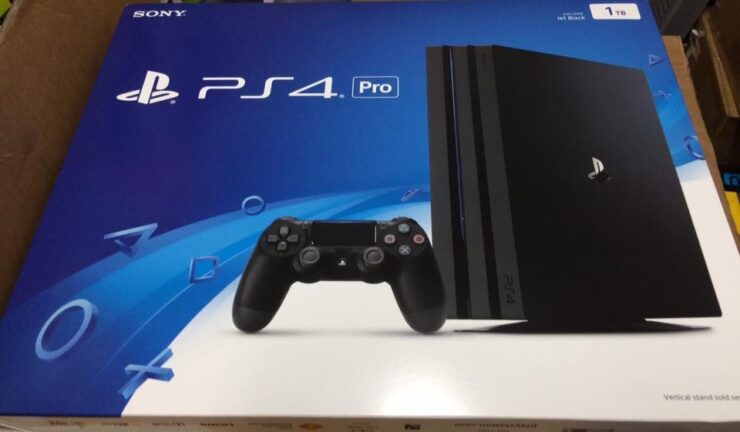 Sony has, so far, not been able to impress the audience with the upcoming mid-generational upgrade to its eighth-gen video game machine. Many consider Microsoft’s Xbox One S console a better upgrade option compared to what Sony dubs as “the world’s most powerful console.” Of course, that doesn’t mean fans are not happy to have PlayStation 4 Pro in this world. Whether or not the PlayStation 4 Pro lives up to Sony’s expectations, we can’t say much at this point, though considering it is only 10 days away from its launch, we will soon be able to tell. Until then, here are some images of the retail box of the console.

The images were shared by a famous industry insider Shinobi601 on NeoGAF. They show a retail PlayStation 4 unit, still packed. These images are reportedly from a Walmart store. It is pretty standard stuff; the box is very similar to that of standard PlayStation 4. A list of features that the latest console offers can be found on the back side of the box, along with a number of things that it doesn’t offer, e.g., the console can’t run all games in native 4K resolution and there is no 4K blue-ray drive included as well. Below is a gallery of the photos, showing the long-awaited product in final form.

Sony’s Lead System Architect, Mark Cerny, recently shared some technical information about the upcoming hardware, and is expected to talk more about it at a London media event called ‘Future of Play,’ set to take place on November 2 and 3. The Japanese platform holder already has listed a bunch of games lined up to support it at launch, some of which will be playable at the London event. You can read more about it here. Check out Sony’s new ‘80s inspired PlayStation 4 Pro ad here.