Nintendo NX Has a “60% Chance of Success,” Says Michael Pachter – Could Sell Around 30 Million Units

When the late Satoru Iwata announced that Nintendo is developing a new home console, there was a lot of cluttered hype and gossip about whether or not the new system would be something that will allow the industry to expand beyond the reign of PlayStation 4 and Xbox One consoles. While there is not much official info on Nintendo NX to justify any speculations or rumors, industry analysts are giving their opinions based apparently on what little they know the device. The latest one comes from Michael Pachter, who believes that Nintendo’s new console is some sort of a "convergence device," which has about 60% chance of succeeding. 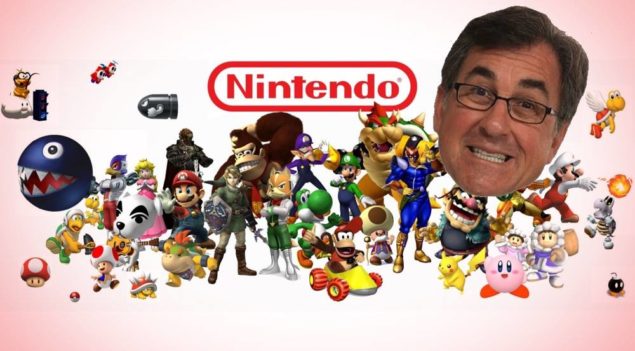 Months after its announcement, Nintendo’s new hardware, codenamed Nintendo NX, still remains a mysterious device, with only speculations and rumors adding up to the hype that surrounds it. Rumors about Nintendo sending out NX dev kits equipped with “industry-leading chips” and it being more powerful than its competition have been circling the web, but nothing can be said for sure, as everyone has their own opinions, take this rumor for example, which claims that Nintendo NX won’t be as powerful as Sony’s PlayStation 4, being the exact opposite of the one mentioned before.

Wedbush Securities analyst Michael Pachter has been putting out speculations of his own about Nintendo NX for a while now, predicting that the Japanese platform holder’s new console will be a price competitive machine, and it will likely sell for $300 or less. In the recent episode of his new show "The Pachter Factor" on SIFTD, the video game industry analyst speculated the Nintendo NX’s chances of success, saying that he believes there is a 60% chance of success for Nintendo with its upcoming console. He thinks the new system could sell as many as 30 million units, and one of the reasons behind the hardware’s success would be it being some sort of a "convergence device," as Pachter believes it so.

"I would say modest potential that it bombs. I would give them a 60 percent chance of success, I think they are smart people, I think they have learned a lot from what they did wrong with the Wii U. Are they going to get the Wii magic back? Probably not. But if they go back to a conventional-like console, their only problem they have now is they are very late in the cycle so they’re not going to sell that many. Could they sell 30 million? Sure. They could sell enough to make a difference and make a profit. They’re not getting out of the handheld business until the sales drop to zero – three or four million a year. And that is probably five, seven or eight years out. So no, they’re not going to get out of hardware." — Michael Pachter (via Gamnesia)

Nintendo’s current-gen Wii U console has sold around 10 million units since its launch back in 2012, Pachter’s prediction puts NX near Nintendo 64 on the sales chart, as the latter saw a lifetime total of a little more than 32 million units in sales. Sony’s PlayStation 4 just passed the 30 million sales milestone in its two years in market, but since Nintendo NX is expected to launch late in this console cycle, it looks like Pachter see things to be on fairly positive side for the new console with 30 million sales.

Pachter did point out that these figures and percentages are pure speculations from his side, and they do not come from any inside information. Nintendo has kept a tight lid so far on all things related to its upcoming next-generation video game console, but the Japanese console giant is expected reveal detailed info about Nintendo NX next year.

We know it is too early to ask, but taking into perspective all the speculations and the fact that the NX is largely expected to be a consoles and handhelds merger - a machine that would bridge the gap between a home console and a portable handheld device with games that players would find existing on both, do you think it will be a success? And will you buy it? Let us know by casting your vote in the poll below, and share your opinions about it in the comments section.